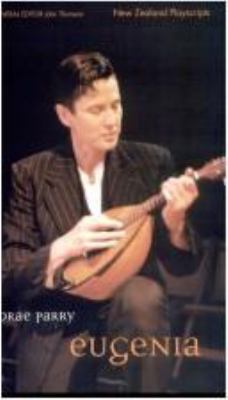 A play for six actors. It is set in 1916, and tells the story of Eugenia Martelli, who lived as a man and married a woman while keeping her gender secret. The story unfolds inside the development of a school play based on Eugenia's life. The play was first performed at Taki Rua Theatre in Wellington in January 1996. Lorae Parry has also published the plays 'Frontwomen' and 'Cracks'.

"Set in 1916 and the present, Eugenia tells the story of Eugenia Martelli, an Italian immigrant, who lives as a man and marries a woman without revealing her true gender"--Back cover.