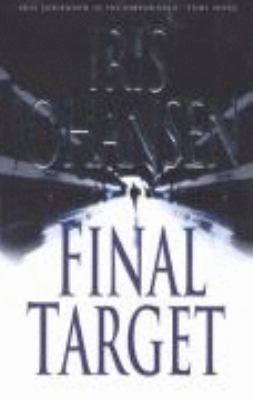 From GQ's fiction editor: the story of a man obsessed with accumulating one million frequent flier miles and the hell that breaks loose as he approaches his goal. (c) Copyright 2010. Library Journals LLC, a wholly owned subsidiary of Media Source, Inc. No redistribution permitted.

At the center of Johansen's latest suspense thriller (after The Search) is the Wind Dancer, a priceless gold statue of the winged horse Pegasus. The statue has been in the Andreas family since the fall of Troy and now, centuries later, U.S. President Jonathan Andreas is in Paris to lend the family heirloom to a museum. On the night of the ceremony, his daughter, seven-year-old Cassie, is awakened at the family's farmhouse in the south of France by masked men who murder her nanny and her nurse, intent on kidnapping Cassie and ransoming her in exchange for the Wind Dancer. Cassie is saved in the nick of time by the arrival of Michael Travis, international underworld information dealer, but eight months later, the child is being treated in the Virginia home of psychiatrist Dr. Jessica Riley and Jessica's psychically extrasensitive sister, Melissa, for severe catatonic trauma. She hasn't spoken a word since the raid and has retreated into an imaginary tunnel where the Wind Dancer rescues her from pursuing monsters. Michael Travis then reappears and lures Cassie and the Riley sisters into a web of intrigue, taking them to Amsterdam, Paris and eventually back to the scene of the crime. There's a lot going on here, what with the telepathic dream sequences, a demented art fanatic determined to steal the statue, a subplot involving the Russian diamond cartel and the romantic tension between Melissa and Travis. Johansen's fans will enjoy the swirling plot lines, staccato dialogue and abrupt scene shifts that mark her style. National advertising. (May 29) Forecast: Fans may recognize the Wind Dancer, the subject (and title) of one of Johansen's mass market romances. The author's dependable mix of suspense and romance will make for good beach reading, but some may prefer to wait for the paperback. (c) Copyright PWxyz, LLC. All rights reserved

The U.S. president's seven-year-old daughter, Cassie, is trapped in a nightmare world after escaping a violent kidnapping attempt in France. The little girl is placed in the care of Dr. Jessica Riley, who brought her own sister, Melissa, back from a catatonic state and now hopes to do the same for Cassie. Melissa, a student at Harvard, is impelled by her dreams to visit Jessica at their home in Virginia, where she becomes involved with her sister's newest patient. The little girl and the Riley household are sheltered from the press by a small army of Secret Service agents, but they can't keep Cassie's savior, the mysterious Michael Travis, away. The president acknowledges his help but sees him as a threat because he's an international thief and his true motivation is unclear. The president requests that Travis be kept away from the child. Against the president's orders, Jessica decides to involve Travis in her treatment; when he needs to go to Amsterdam for a secret business deal, he takes all three gals with him in a well-orchestrated escape from the Secret Service. This leads to a bloody pursuit by Travis' associates, the kidnappers, and the Secret Service. Johansen has cleverly merged elements from one of her old romances, The Wind Dancer (1991), with this newest thriller, resulting in a winning page-turner that will please old and new fans alike. --Patty Engelmann

Highly contrived thriller about a top-secret race to save the life of the presidents daughter. President Jonathan Andreas has asked Dr. Jessica Riley, a somewhat unorthodox psychotherapist, to take seven-year-old Cassie to her secluded Virginia farm, with the hope that there Jessica can cure his severely traumatized daughter. Cassie has withdrawn after witnessing masked assailants murder her beloved French nanny while her parents were away in Paris. Catatonic except for periods of incoherent screaming, Cassie is unreachable. No one knows that the killers were after the Wind Dancer, a golden statue of Pegasus, previously owned by the likes of Alexander the Great, Charlemagne, and the Borgias, and now in the possession of the Andreas family. But the intruders didnt get the statue. It was on loan to a Paris museum, and all they saw was its shimmering imagein a hologram. Jessica suspects that seeing the real thing again might bring Cassie back, but Jessicas younger sister Melissa disagrees. Melissa herself recovered from six catatonic years after seeing her parents burn alive in a car wreck, and now, as a result of her sojourn in that twilight world, she is telepathic and can hold psychic conversations with others of her ilk. Her mind-melding with Cassie, however, is to no avail. The sisters meet Michael Travis, a shadowy international operative who witnessed his fathers death in an explosion years ago and is similarly gifted. Impatient for results, Jessica kidnaps Cassie and takes her to Paris to see the Wind Dancer. Not surprisingly, the good doctor is set upon by mysterious assailants. Meanwhile, there are plenty of bad guys in silly disguises skulking around, but when the real villain emerges, Michael and Melissa will manage to foil himand fall in love. Johansens seventh kitsch thriller (The Killing Game , 1999, etc.), complete with a cartoon president who seems to live in France. Supernatural special effects dont even half-plug the holes here
More book reviews at iDreamBooks.com