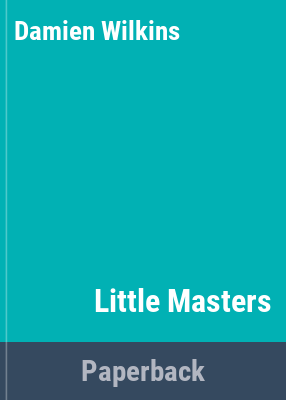 A novel. It tells the story of young New Zealanders abroad. Adrian lives in a London squat with his son. Emily is nanny to a Midwest doctor's daughter. The story moves from Wellington to meadows in England. Damien Wilkins won the New Zealand Book Award for fiction with his novel 'The Miserables' in 1994. He has also published short stories and poems.

Stretching across a handful of countries and featuring characters from a wide variety of nations and backgrounds, Wilkins's (The Miserables) second novel offers an abundant display of his remarkable talent for setting scenes and sketching characters. The novel centers loosely around two young New Zealanders: Adrian, in his mid-20s an accidental father, and Emily, a graduate-student nanny who ends up chaperoning her young charge to a rendezvous with her German father. Adrian and his son, Daniel, move to London, where Adrian finds work with an eccentric publisher. Meanwhile, Emily and Michaela also pass through England, and the four meet through Emily's old friend Sarah. Wilkins's gift for detail is truly Dickensianeven his most minor characters are full of surprises and implied complexities. His ability to create complex yet fully believable children characters is especially extraordinary, and his keen ear for dialogue veers unpredictably between wit and poignancy. In a book full of small gems of insight, the one disappointment is that the whole feels somewhat less than the sum of its parts: this is more a series of brilliantly fleshed-out character studies than it is a novel, with little in the way of a larger plot. Nevertheless, it is a tour de force display of a deep and abiding literary gift and marks Wilkins as a young novelist of extraordinary promise. (June) (c) Copyright PWxyz, LLC. All rights reserved

In his second novel, New Zealand author Wilkins has created a remarkable cast of expatriate New Zealand men and women drawn together through an unlikely set of coincidences. Adrian moves to London with Daniel, the fruit of Adrian's college romance with a woman now deceased. Emily, a student, is returning with her charge, Michaela, to London, where the four eventually meet, along with an ever-expanding offbeat and eccentric cast of characters. Wilkins deepens his portrait of alienation with clever and colorful allegories and metaphors. Little Masters only suffers from being too rich at times. The expansive but well-crafted dialogue might be better contained in a collection of stories but is still compelling in this challenging novel. --Ted Leventhal

A meandering account of life among disaffected expatriates that ultimately overstays its visa: a second novel from New Zealander Wilkins (The Miserables, 1993) All the usual confusions that plague young people are prominent among Wilkins's brood, none of whom seems much more adult than the children who have somehow fallen into their care. Adrian Jankowiecz, a university dropout living on the lam in London, finds himself suddenly responsible for the upbringing of his unknown son Daniel when his mother dies and the boy is sent from New Zealand to the custody of his father in England. Adrian, without work, money, or prospects of any kind, takes Daniel to live with him in a squat in Southwark, manages, despite his lack of capital, to put him in a private school, and eventually lands a job in publishing. His boss, a genial incompetent named Timothy Clover, is usually out of town, and the neurotic Mrs. Clover relies upon her nanny Sarah to help take up the slack with the couple's children. Through the nanny network, Sarah becomes friends with Emily, another New Zealander, who looks after the daughter of an American woman in London, and through the Clovers they all get to Adrian and Daniel. We learn a lot about everyone's pasts and their families--Adrian's people were Polish refugees who survived Russian labor camps and escaped to New Zealand, and Timothy Clover is a ne'er-do-well son who has been set up in publishing by embarrassed relatives--but there is an odd absence at the center of the tale. All of the dramas that lie submerged within the plot--Adrian's hapless lethargy, Mrs. Clover's tightly coiled discontent, Daniel's helplessness--come back again and again to the surface but are never fully developed or explained, leaving the narrative seeming rather haphazard and, ultimately, aimless. Rich with shading and detail, but too loosely organized for its own good: a crowded canvas that badly wants some focal point.
More book reviews at iDreamBooks.com