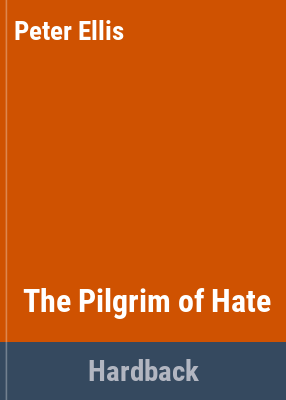 The pilgrim of hate / Ellis Peters.

The fourth anniversary of the transfer of Saint Winifred's bones to the Abbey at Shrewsbury is a time of celebration for the 12th-century pilgrims gathering from far and wide. In distant Winchester, however, a knight has been murdered. Could it be because he was a supporter of the Empress Maud, one of numerous pretenders to the throne? It's up to herbalist, sleuth, and Benedictine monk Brother Cadfael to track down the killer in the pious throng.

The celebration of St. Winifred, in The Pilgrim of Hate, is usually a time of great rejoicing at the Benedictine abbey in Shrewsbury. Even in 1141, with the political factions of Empress Matilda and King Stephen engaged in bloody civil war, the faithful come to Shrewsbury to honor the Saint and pray for miracles. Unfortunately, the shadow of a distant murder hangs over the festival. Several weeks earlier in Winchester, a good and loyal knight was foully slain. The motive for the killing could have been either political or personal, and the murderer may be lurking among the pilgrims. It falls to Brother Cadfael to ferret out the killer. He is curious about two young men who are traveling together to fulfill a bizarre vow. Cadfael cannot rest until he uncovers their story. A colorful cast of well-drawn secondary characters adds richness and depth to a plot that examines joys of faith, as well as the evils of guilt and vengeance. An Excellent Mystery, also set in 1141, is a close sequel to Pilgrim of Hate. When the Benedictine abbey at Winchester is ravaged by fire, two Brothers of the order seek sanctuary at Shrewsbury. Brother Humilis was a famous knight crusader before a nearly fatal wound led to his retirement from the secular world. His mute companion, Brother Fidelis, serves as Humilis's caretaker and nurse. Young Fidelis is like a shadow, his inability to speak makes him the keeper of many secrets. Stephen Thorne, who reads both novels, has a feel for Peters's distinctive prose style, making her use of medieval phrasing and vocabulary sound genuine and natural rather than "historical." Thorne voices the large number of characters and accents in each book with precision, making each unique. Librarians with long-established audiobook collections should note that both of these titles were originally issued in 1993. These recent reissues have been packaged in flimsy and irritating cardboard boxes, which are difficult to open and almost impossible to close. They are decorative but will not be useful for library checkout. Recommended nevertheless, for public library collections where Peters and/or historical mysteries are popular. Barbara Rhodes, Northeast Texas Lib. Syst., Garland (c) Copyright 2010. Library Journals LLC, a wholly owned subsidiary of Media Source, Inc. No redistribution permitted.
More book reviews at iDreamBooks.com