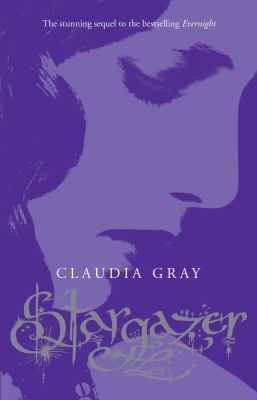 The vampire in me was closer to the surface . . .

I kissed Lucas again, more slowly this time. We held each other tighter, and I started to wonder how much closer we could get - and then I remembered what it had felt like when I drank his blood. Evernight Academy: an exclusive boarding school for the most beautiful, dangerous students of all - vampires. Bianca, born to two vampires, has always been told her destiny is to become one of them. But Bianca fell in love with Lucas - a vampire hunter sworn to destroy her kind. they were torn apart when his true identity was revealed, forcing him to flee the school. Although they may be separated, Bianca and Lucas will not give each other up. She will risk anything for the chance to see him again, even if it means coming face-to-face with the vampire hunters of Black Cross - or deceiving the powerful vampires of Evernight. Bianca's secrets will force her to live a life of lies. Yet Bianca isn't the only one keeping secrets. When Evernight is attacked by an evil force that seems to target her, she discovers the truth she thought she knew is only the beginning . . . Ages 12+

Gr 9 Up-This sequel to Evernight (HarperTeen, 2008) throws more plot twists at readers, but the writing has improved. The characters are also better developed, and readers find out more about their history. As the new school year begins at a private (vampire) academy, Bianca, a vampire, and Lucas, a vampire hunter, continue their illicit romance, meeting every few months. Her friend Balthazar is trying to find his sister, who is being pursued by the vampire-hunting group the Black Cross. Bianca has several encounters with wraiths and finds out that all of the humans admitted to Evernight have homes haunted by ghosts. Still confused about who and what she is, she gets hot and heavy with Balthazar but returns to Lucas in the end. Part Romeo and Juliet, part paranormal romance, part high school drama, this series will definitely continue as the author is keeping some secrets from readers. Fans of Richelle Mead and Stephenie Meyer will definitely enjoy this book.-Corinda J. Humphrey, Los Angeles Public Library (c) Copyright 2010. Library Journals LLC, a wholly owned subsidiary of Media Source, Inc. No redistribution permitted.

The bloodthirsty boarders at an exclusive prep school for the undead return in this sequel to Evernight (2008). Sophomore Bianca, still human but almost a vampire, continues her clandestine, passionate romance with Lucas, a member of the vampire-hunting Black Cross. Together with handsome fellow student Balthazar, the kind of nice vampire boy Bianca's parents envision as her boyfriend, Bianca and Lucas investigate violent, ghostly incidents at Evernight and the underlying question of why the Academy admits humans. Once again, heart-pounding suspense, steamy romance, and textbook-gothic details drive this rapid read that will please Twilight fans, too.--Engberg, Gillian Copyright 2009 Booklist

Events tore apart star-crossed lovers Bianca and Lucas at the end of Evernight (2008), when the inevitable conflict between Bianca's vampire family and Lucas's vampire-hunting family nearly destroyed the teens and their loved ones. Amidst surveillance and suspicion, they contrive to meet secretly, using Balthazaran attractive vampireas a cover. Meanwhile, Bianca's attempts to discover why humans have been admitted to vampire bastion Evernight Academy (which teen-looking vampires attend to learn how to manage in the modern world) stir up evil wraiths seemingly intent upon destroyingor maybe savingher. Bianca's tendency to belabor every point, particularly the depth of her love for Lucas, makes for a dull narrative style, and three-dimensional characters are pretty much nonexistent. Despite the predictable romantic entanglements and the constant telling, the plot races along with a search for a crazed renegade vampire, threatening ghosts, uncovered secrets and a flaming climax with a significant body count. Fans of the first volume will be satisfied; insufficient back story means no one else will know (or care) what is going on. (Fantasy. 12 up) Copyright Kirkus Reviews, used with permission.
More book reviews at iDreamBooks.com