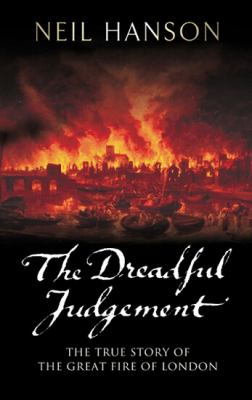 The dreadful judgement : the true story of the Great Fire of London 1666

If the storm that struck the Grand Banks off Newfoundland in October 1991 was the Perfect Storm, the fire that destroyed London in September 1666 was the Perfect Fire.A fire needs only three things: a spark to ignite it, and fuel and oxygen to feed it. In 1666, a ten-month drought had turned London into a tinderbox. The older parts of the city were almost entirely composed of wood-frame buildings and shanties little more than paper shacks. The riverside wharves and warehouses were stacked with wood, coal and every combustible material known to seventeenth-century man.The fuel was already in place. A fierce easterly gale springing up at the start of September provided the oxygen. All that was now needed was a spark. On 2 September, 1666, London ignited. Over the next four days the gale blew without interruption and the resulting firestorm destroyed the whole city.The Dreadful Judgement is a historical detective story, combining modern knowledge of the physics of fire, forensics, and fire and arson investigation, with moving eye-witness accounts contained in contemporary documents, private papers and personal letters, to produce a searing depiction of the Great Fire of London and the human stories of those who lived through it and those who did not.Meticulously researched, vividly written, this astonishing true story of one of the most famous yet least understood events in history casts fresh light on the shadowy background to the Great Fire, and brings to startling life the power of one of mankind's oldest, most implacable enemies.