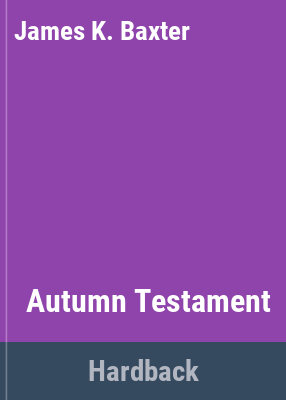 The final collection of poems by Baxter; the poet was correcting the proofs for the first publication at the time of his death in 1972. In five parts called He Waiata Mo Te Kare (10 poems), Notes (prose), Autumn Testament (48 poems), Letter to Colin (text), and Te Whiori O Te Kuri (7 poems) with a glossary of Maori words and translations. This new edition includes an extended introduction by Paul Millar.

Reissued with a new introductory essay by Paul Millar.