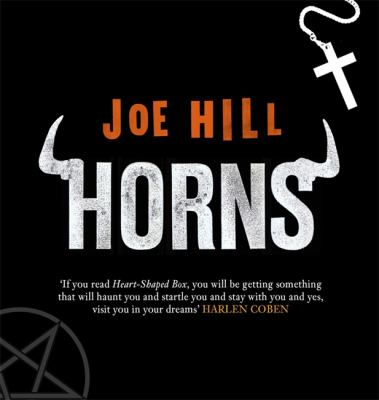 An exceptional combination of history and mythology from the author of A WIZARD OF EARTHSEA: A novel that deserves to be ranked with Robert Gravess I, CLAUDIAS Publishers Weekly

Growing up in ancient Italy, Lavinia is on the verge of a betrothal to Turnus, the handsome king of nearby Rulli, when a fleet of Trojan ships, under the command of Aeneas, sails up the Tiber, and Lavinia sets out to control her own destiny and find the love of her life ...

Growing up in ancient Italy, Lavinia is on the verge of a betrothal to Turnus, the handsome king of nearby Rulli, when a fleet of Trojan ships, under the command of Aeneas, sails up the Tiber, and Lavinia sets out to control her own destiny and find the love of her life. A historical novel that puts a female twist on Virgil's classic, The Aeneid.

She was a minor character in The Aeneid, a "silent, shrinking maiden," but in Le Guin's brilliant reimagining of the last six books of Virgil's epic poem, Lavinia, the Latin king's daughter with whom the Trojan hero Aeneas founds the Roman Empire, finds her voice and springs fully to life. Protesting the Roman poet's dull, conventional portrait of her-"He slighted my life in his poem"-Lavinia takes us back to a Bronze Age Italy inhabited by Latin-speaking tribes. Under the rule of her father, the kingdom of Latinus is at peace until Lavinia turns 18 and the suitors arrive. Her mother Amata wants her daughter to marry her handsome, ambitious nephew, Turnus, but Lavinia is reluctant. Like her father, she can commune with the sacred spirits and in a memorable dreamlike scene meets the dying Virgil, who tells her Aeneas's story and her role in his life. Thus armed, Lavania resists her mother's will and decides to make her own destiny when early one morning the Trojan black ships sail up the Tiber River. As Le Guin's afterword acknowledges, this beautiful and moving novel is a love offering to one of the world's great poets, and former high-school Latin scholars may return to Virgil with a renewed appreciation. Highly recommended. [See Prepub Alert, LJ 12/07; for another interpretation of The Aeneid, see Jo Graham's Black Ships, LJ 2/15/08.-Ed.]-Wilda Williams, Library Journal (c) Copyright 2010. Library Journals LLC, a wholly owned subsidiary of Media Source, Inc. No redistribution permitted.

In the Aeneid, the only notable lines Virgil devotes to Aeneas' second wife, Lavinia, concern an omen: the day before Aeneus lands in Latinum, Lavinia's hair is veiled by a ghost fire, presaging war. Le Guin's masterful novel gives a voice to Lavinia, the daughter of King Latinus and Queen Amata, who rule Latinum in the era before the founding of Rome. Amata lost her sons to a childhood sickness and has since become slightly mad. She is fixated on marrying Lavinia to Amata's nephew, Turnus, the king of neighboring Rutuli. It's a good match, and Turnus is handsome, but Lavinia is reluctant. Following the words of an oracle, King Latinus announces that Lavinia will marry Aeneas, a newly landed stranger from Troy; the news provokes Amata, the farmers of Latinum, and Turnus, who starts a civil war. Le Guin is famous for creating alternative worlds (as in Left Hand of Darkness), and she approaches Lavinia's world, from which Western civilization took its course, as unique and strange as any fantasy. It's a novel that deserves to be ranked with Robert Graves's I, Claudius. (Apr.) (c) Copyright PWxyz, LLC. All rights reserved

Adult/High School-This novel takes a minor character from Vergil's Aeneid and creates a thoughtful, moving tale of prophecy, myth, and self-fulfillment. Lavinia is the teen princess of Latium, a small but important kingdom in pre-Roman Italy. As she moves into womanhood, she feels pressure from her parents to choose one of her many suitors as both her husband and the future ruler of the kingdom. But the oracles of the sacred springs say she will marry an unknown foreigner. This stranger is none other than Vergil's Aeneus, proud hero, king without a country, and the man who will lay down the foundations of the Roman Empire. Their marriage sparks a war to control the region; while readers don't see the glorious battles, they do get the surprisingly moving perspective of the home front through Lavinia's eyes. Best known for her works of fantasy, Le Guin takes a more historical approach here by toning down the magical elements; gods and prophecies have a vital role in the protagonist's life, but they are presented as concepts and rituals, not as deities playing petty games with the lives of mortals. This shifts the focus of Vergil's plot from action to character, allowing Le Guin to breathe life into a character who never utters a word in the original story. Lavinia is quite compelling as she transforms from a spirited princess into a queen full of wisdom who makes a profound impact on her people. The author's language and style are complex, making this a title for sophisticated teens.-Matthew L. Moffett, Pohick Regional Library, Burke, VA (c) Copyright 2010. Library Journals LLC, a wholly owned subsidiary of Media Source, Inc. No redistribution permitted.

Fantasist and SF writer Le Guin turns her attention and her considerable talent to fleshing out a secondary character mentioned briefly in Virgil's masterpiece, The Aeneid. Though Aeneas risks inciting a civil war as he fights to win her hand in marriage, despite the fact that she is promised to another, more politically expedient suitor, Lavinia herself remains strangely mute and is given no scope in the epic poem. Here, as Le Guin reworks the story, Lavinia evolves into a true woman of destiny, eventually forging a strong partnership with the legendary founder of Rome. The compulsively readable Le Guin earns kudos for fashioning a winning combination of history and mythology featuring an unlikely heroine imaginatively plucked from literary obscurity.--Flanagan, Margaret Copyright 2008 Booklist
More book reviews at iDreamBooks.com