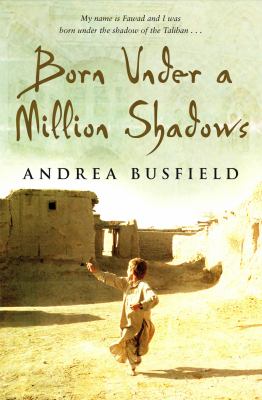 The Taliban have disappeared from Kabul's streets, but the long shadows of their brutal regime remain. In his short life eleven-year-old Fawad has known more grief than most: his father and brother have been killed, his sister has been abducted, and Fawad and his mother, Mariya, must rely on the charity of family to eke out a hand-to-mouth existence.
Then Mariya finds a position as housekeeper for a charismatic western woman, Georgie, and Fawad dares to hope for an end to their struggle. He soon discovers that his beloved Georgie is caught up in a dangerous love affair with the powerful Afghan warlord Haji Khan, a legendary name on the streets of Kabul. At first resentful of Haji Khan's presence, Fawad learns that love can move a man to act in surprising ways, and an overwhelming act of generosity persuades him of the warlord's good intentions.
But even a man as influential as Haji Khan can't protect Fawad from the next tragedy to blight his young life, a tragedy so devastating that it threatens to destroy the one thing Fawad thought he could never lose: his love for his country.

"Fighting for love in the shadow of the Taliban"--Cover.

Former journalist Busfield first traveled to Afghanistan in 2001 to cover the fall of the Taliban. Her first novel presents the aftermath of that event through the eyes of an 11-year-old boy. Fawad has experienced grief during his short life: his father and brother have been killed, his sister has been abducted, and he and his mother are living as little better than servants in the home of his mother's sister. Things start looking up when Fawad's mother, Mariya, gets a position as housekeeper for a British woman, who lives with two other Westerners. Unfortunately, Fawad's voice doesn't quite ring true, with Fawad sometimes seeming far younger than he is and sometimes seeming to possess an adult comprehension of events well beyond that of the adults themselves. In addition, his resilience and ability to let go of learned prejudices (one of the Westerners is a lesbian, something that initially troubles him but that he quickly accepts) seem unrealistically utopian. Busfield might have been able to tell the story more convincingly had one of the women narrated. Verdict This novel is certainly no Kite Runner, but readers who like to explore other cultures and current events through fiction will find here an intriguing picture of contemporary Afghanistan. Extras for book clubs are appended.-Debbie Bogenschutz, Cincinnati State Technical & Community Coll. (c) Copyright 2010. Library Journals LLC, a wholly owned subsidiary of Media Source, Inc. No redistribution permitted.

Adult/High School-Fawad, an 11-year-old Muslim Afghan boy, was born under the shadow of the Taliban, according to his mother, but he remains an optimist despite the lingering tragedy in his life. He and his mother are struggling to survive after his father and brother are killed and his sister is abducted by the Taliban. Their lives change dramatically when Fawad's mother is hired to work in a house with three Westerners in an affluent suburb of Kabul. Streetwise Fawad no longer has to beg and steal with his friends and grows more responsible and mature after accepting an after-school job in a shop with a wisecracking blind man he befriends. Fawad's observations and concerns about his new experiences living with English-speaking, godless foreigners are told with humor and heartbreak. One of his primary concerns is the poignant love story involving his beloved British landlady and wealthy, yet dangerous Afghan Haji Khan. Busfield tells this story through the eyes of a child, reflecting the optimism and humanity of the resilient people she encountered while she lived in Kabul, a refreshing viewpoint not conveyed in other contemporary novels about Afghanistan.-Melanie Parsons, Fairfax County Public Library, VA (c) Copyright 2010. Library Journals LLC, a wholly owned subsidiary of Media Source, Inc. No redistribution permitted.

*Starred Review* In her indelible first novel, Busfield, a British journalist who has lived in Afghanistan, describes post-Taliban Kabul from the viewpoint of precocious, 11-year-old Fawad, whose impossible losses are commonplace: My father was killed, my brothers are dead, and my sister is missing. But in Afghanistan, that's a big so what.' When his mother secures a job keeping house for three foreigners, Fawad moves from their impoverished relatives' home into the Westerners' compound. Over the following year, the foreigners begin to feel like family to Fawad, but Busfield never romanticizes the intractable challenges of cross-cultural understanding: In many of their ways the foreigners were just like Afghans. . . . But in other ways they were just plain crazy and trying their absolute hardest to burn for all eternity. Worse than that, they all seemed so damned pleased about it. Fawad has a deep crush on Georgie, a beautiful NGO worker whose passionate affair with a powerful Afghan man prompts Fawad to ask the largest life questions about love, religion, friendship, and identity. Poetic, bawdy, hilarious, and achingly wise, Busfield's debut is a love story many times over: between a man and a woman, the author and Afghanistan, and an irrepressible boy and the wild world at large.--Engberg, Gillian Copyright 2010 Booklist

Life in post-liberation Kabul, as observed by a streetwise Afghan boy with active hormones. British journalist Busfield's debut takes a lightweight, often jaunty look at Afghan society through the eyes of a child whose family was destroyed by the Taliban. Fawad's father and brother died fighting with the Northern Alliance, and his sister Mina was abducted. After a miserable period living with relatives, Fawad's mother finds work as housekeeper for three Westerners, Georgie, James and May. Living under their roof offers the boy an insight into foreign ways and the author an opportunity to deliver lessons in cultural contrast. The story develops into a series of social episodes, often centered around romance. Fawad develops a strong affection for Georgie and is drawn into her problematic love affair with Haji Khan, a powerful, wealthy and handsome Afghan. Fawad's mother finds a new suitor, and there are love interests too for James and May. The death of one of Fawad's friend in a bombing temporarily darkens the mood, but Busfield's preference for fairy-tale, comic and soap-opera developments means that happy endings can be expected. A derivative title that invites comparison with Khaled Hosseini, but this self-consciously charming coming-of-age story can't match A Thousand Splendid Suns (2007) for emotional engagement, resonance or authenticity. Copyright Kirkus Reviews, used with permission.
More book reviews at iDreamBooks.com