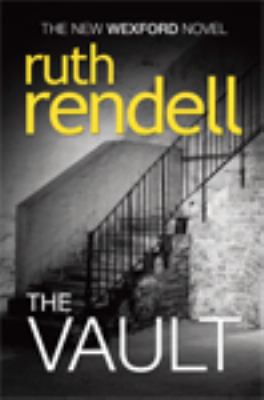 | Murder -- Investigation -- England -- FictionGenre/Form: Detective and mystery fiction. | Large type books.DDC classification: REN Online resources: Click here to access online
Contents:
Originally published: London: Hutchinson, 2011.
Summary: Chief Inspector Wexford has retired, and with his wife, Dora, spends his time between Kingsmarkham and their daughter's coachhouse in Hampstead. A relaxed lifestyle, yet he misses being the law. However, a chance meeting in a London street changes everything. Detective Superintendent Tom Ede, a young police constable when Wexford knew him, now wants the retired Chief Inspector to be an adviser on a difficult case. Four bodies have been discovered in the old coal hole of a house in St John's Wood. None carries identification. But one dead man's pockets contain pearls, diamonds and sapphires - jewellery valued in the region of 40,000... Wexford accepts - not anticipating he will face extreme physical danger.
Tags from this library: No tags from this library for this title. Log in to add tags.
Fiction notes: Click to open in new window

A chance meeting in a London street, with someone he had known briefly as a very young police constable, brings Wexford out of retirement. Tom Ede is now a Detective Superintendent, and is very keen to recruit Wexford as an advisor on a difficult case.

Chief Inspector Wexford has retired, and with his wife, Dora, spends his time between Kingsmarkham and their daughter's coachhouse in Hampstead. A relaxed lifestyle, yet he misses being the law. However, a chance meeting in a London street changes everything. Detective Superintendent Tom Ede, a young police constable when Wexford knew him, now wants the retired Chief Inspector to be an adviser on a difficult case. Four bodies have been discovered in the old coal hole of a house in St John's Wood. None carries identification. But one dead man's pockets contain pearls, diamonds and sapphires - jewellery valued in the region of 40,000... Wexford accepts - not anticipating he will face extreme physical danger.

This sequel to Rendell's 1999 A Sight for Sore Eyes-and the 23rd installment of her Inspector Wexford series-begins with the discovery of four bodies under the patio of a lovely cottage in the exclusive London suburb of St. John's Wood. Three of the victims died 12 years ago, but the fourth body, that of a provocatively dressed young woman, has been in the vault for only two years. Stymied in their attempts to identify the victims and discover how they came to their violent ends, the London police call in the retired but restless Wexford to serve as a consultant. VERDICT Rendell crams so many characters and plotlines into her story that some readers may have difficulty keeping it all straight and remaining engaged. This experienced author, however, does an admirable job of tying everything together in the end. Recommended for procedural fans and for Rendell's many faithful readers.-Jane la Plante, Minot State Univ. Lib., ND (c) Copyright 2011. Library Journals LLC, a wholly owned subsidiary of Media Source, Inc. No redistribution permitted.

In Rendell's fine follow-up to A Sight for Sore Eyes (1999), a non-Wexford novel in which a working-class aesthete's quest for beauty earned him an ugly, unexpected end, horror strikes the home improvement plans of Martin and Anne Rokeby. The couple are seriously disconcerted to discover multiple bodies in varying states of decay in a long-forgotten vault beneath their London garden. In the art world, the Rokebys' address is famous as the setting of a '70s-era masterpiece, Marc and Harriet in Orcadia Place, a painting depicting a rock star and his girlfriend. Though Inspector Wexford has retired, the police soon summon him to help solve this most gothic case. Has more than one killer used the vault as a body dump? Rendell's recent style can feel a bit anemic when contrasted with that of A Sight for Sore Eyes, and she populates this sequel with people who resemble sketches rather than vivid, complex characters. Still, this easily outshines most of the competition on either side of the Atlantic. (Sept.) (c) Copyright PWxyz, LLC. All rights reserved.

*Starred Review* In Rendell's twenty-second Inspector Wexford novel, Wexford is now six months retired from the Brighton Police and living part of the year in a well-heeled carriage house in a posh part of London. Rendell is brilliant at showcasing London as seen through the eyes of Wexford on his long walks. She's also brilliant at showing how Wexford feels a bit pointless in retirement. Saving both Wexford and Wexford fans from withdrawal is an offer from a former colleague to serve as unpaid advisor to the police on an especially tricky case. In this latest Wexford, Rendell follows up on a famous cottage and some of the victims and villains of her suspenseful A Sight for Sore Eyes (2000). When the newest owner of the cottage made famous in a painting moves a heavy outdoor planting and opens a manhole beneath it, he discovers four entombed bodies. Forensics determines that three of the bodies (two men and a woman) have been there for 12 years. Another body, a woman, has been there only 2 years. Wexford, as usual, takes the lead in tying together the strands of the cold case with the more recent murder. A family crisis, in which his daughter suffers grievous bodily harm in a stabbing, adds to Wexford's struggles. Rendell, who has won a clutch of British Gold Daggers and American Edgars, is at the top of her form here. . HIGH-DEMAND BACKSTORY: Wexford remains one of the best-loved British coppers still on the beat (or almost on it, as he's now officially retired). Fans will take him any way they can get him.--Fletcher, Conni. Copyright 2010 Booklist

ExChief Inspector Wexford returns from retirement to solve a most unlikely case: the mystery of who killed the three people whose corpses were last seen at the bottom of a coal hole inA Sight for Sore Eyes(1999).In the decade since Franklin Merton left St. John's Wood in 1998, Orcadia Cottage has changed hands twice by the time Martin Rokeby, who wants to make room for an amphora his wife Anne found in Florence, pulls up a manhole cover in his backyard and shines a light down a dark shaft to reveal not only the three victims from Rendell's earlier tale but a fourth, much more recently dead than the others but equally beyond identification. Det. Supt. Thomas Ede, of Cricklewood, is getting nowhere with the case, so he invites Reg Wexford, who's retired to Hampstead Heath, to join him as an unpaid consultant. "I'm an amateur detective now," thinks Wexford, though one accorded much less respect than Poirot or Lord Peter. Accompanying Ede and his sergeant, Lucy Blanch, on interviews, he ventures several guesses as to the identities of the deadMerton's vanished second wife, Harriet? The young man seen driving an Edsel and heard calling himself Keith Hill? His uncle, from whom he may have taken his name and much more? Orcadia neighbor Mildred Jones's cleaner Vladlena, who memorably burned the shirt of her then-husband Colin?and then watches as he's proved right or wrong. Nor does he simply watch, for trauma and tragedy are about to visit Wexford's own family in equally unnerving ways.Though this sequel doesn't pack the punch of the earlier novel, which never seemed in need of a sequel, it's an undoubted tour de force likely to offer enjoyment both to readers with long memories and to those approaching it as a stand-alone.]] Copyright Kirkus Reviews, used with permission.
More book reviews at iDreamBooks.com