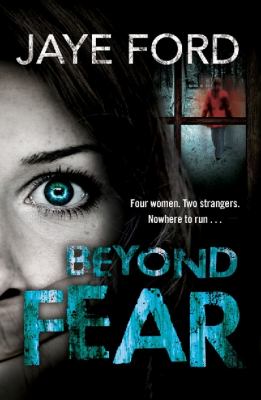 At seventeen Jodie Cramer was stabbed in a brutal attack. When she ran for help, her best friend was murdered. The killers were never found. At thirty-five, Jodie is a single mother. The only reminders of her attack are the horrific scars on her stomach and the survivor guilt she's tried to bury deep. Now Jodie and three female friends have hired a remote cottage in the bush for their annual weekend away. But their cottage was once the focus of a police investigation into the disappearance of a teenage girl and local policeman Matt Wiseman can't shake the feeling that it's not a good place to be. And when strange things start to happen, Jodie is also convinced they are in danger - but no one will believe her. Until two men come knocking at their door....

At seventeen, Jodie Cramer survived a terrifying assault at the hands of three strangers. Her schoolmate Angie was not so lucky. Now thirty-five, Jodie is a teacher and mother of two - and her past is a horror she's buried deep. When she sets out for a weekend in the country with three friends, all she has in mind are a few laughs and a break from routine. However, unkonwn to the four women, their secluded cabin was once the focus of a police investigation and, like Jodie, it nurtures a dark secret. As her friends relax, the isolation reawakens Jodie's terrifying memories. When she finds evidence of trespassers, she is convinced they are being watched. But no one will believe her and as her past threatens to overwhelm her, she begins to doubt herself - and her sanity. Until two men knock at their dooor... -book cover.

Unknown to four women who have set out for a weekend in the country, their secluded cabin was once the focus of a police investigation and nurtures a dark secret...

Also available in an electronic version via the Internet at the publisher's home page: http://www.randomhouse.com.au.