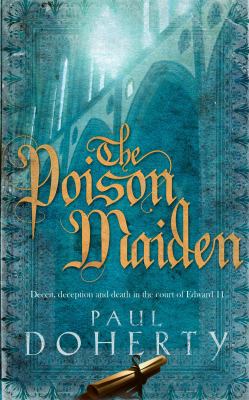 It's 1308 and England hovers on the brink of civil war. Edward II, his wife Isabella and the royal favourite Peter Gaveston Earl of Cornwall, have been forced to retreat to the King's folly. Just an arrowshot away lie the Great Lords and Philip IV of France, who are demanding that the Earl of Cornwall be charged with high treason.

Edward is trapped, and worse, he has learnt that Philip has the 'Poison Maiden' on his side, a formidable spy who did untold damage during his father's reign. As Edward tries in vain to unmask the identity of the spy, Mathilde, handmaiden to the Queen, also attempts to identify the source of this threat.

Soon the crisis spills over into violence. The Lords attempt to take Gaveston by force and the King and his Court, including Mathilde, are forced to flee. As the enemy closes in, Mathilde finds herself embroiled in a life and death struggle for the English crown.

"Deceit, deception and death in the court of Edward II"--Cover.