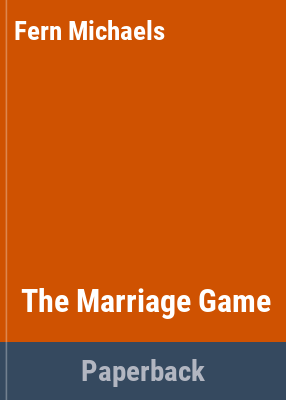 In a celebration of friendship and love, acclaimed bestselling author Fern Michaels brings her trademark wit and warmth to a thrilling story of a group of women who bond "Survivor"-style . . . and find romance along the way.<p>When Samantha Rainford--newly wed to Douglas Rainford III--returns from her honeymoon to find divorce papers, she's shocked and heartbroken. Discovering that she's actually the "fourth "Mrs. Rainford, she puts into practice the old truism: Don't get mad, get even. Sam enlists the three other Mrs. Rainfords to do whatever it takes to bring down their ex-husband. <p>At a top-secret special-ops training program, these determined women meet ex-CIA operative Kollar Havapopulas. Handsome as a Greek god, "Pappy" is the best at transforming civilians into highly skilled fighting teams. He's less adept at telling a woman how he feels, and before long he's developed very warm feelings for Samantha Rainford--an attraction seemingly fated to be a disaster. Two personalities as strong as Sam and Pappy are sure to strike sparks, but will the fire burning between them consume everything in its way?

Immediately following her honeymoon, newlywed Samantha Rainford learns that her husband, Douglas Cosmo Rainford III, has filed for divorce. Eventually, Sam locates three more of Douglas's ex-wives, and the four women are recruited by the supersecret Americans for Justice (AFJ), an agency whose purpose is to correct judicial, legal, and moral wrongs that cannot be corrected through the justice system. Vowing revenge on their mutual ex, the women discover there are really 11 Mrs. Rainfords, with a 12th wedding in the works. Similar to the "Sisterhood" series, this humorous tale has more characters than are usually found in Michaels's stories. Laural Merlington does an admirable job of keeping the individual voices straight, but the sheer number of characters is a bit of a stretch for even her wide vocal range, particularly with the male voices. This light story will appeal to Michaels's fans and those enjoying humorous revenge and female empowerment tales. -Recommended. Convinced her parents don't care about her, 15-year-old Trinity Henderson, in Up Close and Personal, runs away from home. She changes her name, finishes high school, and goes to college. Now 15 years later, hearing a rumor that an old friend is trying to find her, Trinity prepares to run again, but this time to the one place she doesn't expect him to look-her old hometown. Once there, Trinity learns that the people who raised her were unofficial foster parents; her real mother is the town's wealthy widow. Trinity searches for answers to questions she didn't know existed and ends up with a fiance and a family fortune. This wicked Southern belle heiress saga will appeal to those who like family tales. Reader Laural Merlington's speech is clear, distinct, and accent-free. Her voice range enables the listener to keep track of the various characters. Recommended.-Laurie Selwyn, formerly with Grayson Cty. Law Lib., Sherman, TX (c) Copyright 2010. Library Journals LLC, a wholly owned subsidiary of Media Source, Inc. No redistribution permitted.
More book reviews at iDreamBooks.com