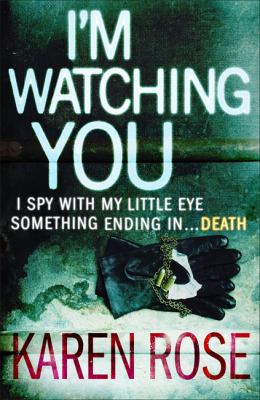 <p> When admiration becomes obsession, will it turn to murder? I'M WATCHING YOU is a brilliant thriller from bestselling Karen Rose, and part of her Chicago series. </p> <p>Star prosecutor Kristen Mayhew has a dangerous, secret admirer.</p> <p>He seems to knows her every thought, her every move. He sends her letters. And he kills the criminals she herself is powerless to stop.</p> <p>This avenger even knows Kristen's deepest secret - the one that has made her keep her distance from Abe Reagan, the police detective sent to protect her.</p> <p>In the shadow of a calculating serial killer, the two have no alternative but to work together if they are to stop the messages and halt the vicious murders. Because sooner or later, the killer's obsessive need for retribution will make Kristen a target and then their real problems will begin...</p>