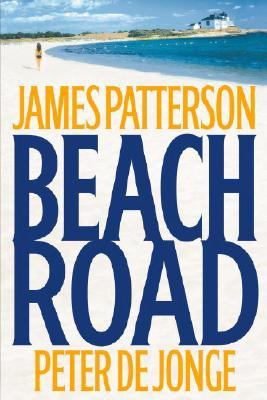 Tom Dunleavy has a one-man law firm in America's wealthiest resort town, legendary East Hampton. But his job barely keeps him afloat. His clients make a living serving the rich, and the billionaires and celebrities swarming the beaches already have lawyers on their payroll. Then a friend of Tom's is arrested for a triple murder near a movie star's mansion. Tom knows in his gut that Dante Halleyville is innocent, and Dante asks Tom to represent him in what could be the trial of the century. Tom recruits Manhattan superlawyer Kate Costello to help. She's a tough hire, because she's his ex-girlfriend, but she agrees. In their search to find who really executed three locals, Tom orchestrates a series of revelations to expose the killer. And what emerges is staggering--and will shock everyone.

<opt> <anon I1="BLANK" I2="BLANK">Tom Dunleavy has a one-man (and one-dog) law firm in the richest resort town in America -- legendary East Hampton, summer home to billionaires and megacelebrities. But his job barely keeps him in paper clips. His clients come from the year-rounders he grew up with, the people who make a living serving the rich. The movie moguls, models, and corporate honchos who swarm the beaches every summer already have lawyers on their payroll. Excerpted from Beach Road by James Patterson All rights reserved by the original copyright owners. Excerpts are provided for display purposes only and may not be reproduced, reprinted or distributed without the written permission of the publisher.</anon> </opt>

A struggling Montauk lawyer agrees to defend a local man accused of murdering several flashy Hamptons types and finds himself in the midst of another trial of the century. (c) Copyright 2010. Library Journals LLC, a wholly owned subsidiary of Media Source, Inc. No redistribution permitted.

Bestseller Patterson shows signs of having gone to the well too often in this slapdash collaboration with de Jonge, his coauthor on The Beach House (2002). Tom Dunleavy, a former professional basketball player and local East Hampton legend, is getting by as an underworked and unmotivated attorney. His sports glory days and his one true love are long in the past, but he gets second chances at personal and professional redemption when three locals are gunned down, apparently in the aftermath of racial tensions arising from a heated pickup game of hoops. The police seize on Dante Halleyville, the country's best high school star, as their suspect, and Dunleavy must dust off his old courtroom skills and enlist his lost love, Kate Costello, as his partner. Patterson readers know to expect a surprise ending, but he leaves too few possibilities for many to be genuinely fooled. Fans can only hope that Patterson soon returns to the level he achieved with his Alex Cross series. (May) (c) Copyright PWxyz, LLC. All rights reserved

\rtf1\ansi\deff0The gripping Beach Road0 returns to the world of the Hamptons, where Patterson set The Beach House0 (2002). Tom Dunleavy is a small-time lawyer who lands a big case when three young men he plays basketball with are found shot to death execution-style at a billionaire's basketball court. The evidence points to a rising high-school basketball star, Dante Halleyville, who scuffled with one of the other young men earlier on the day of the murder and who apparently was seen disposing of the gun used to commit the murders. Tom reluctantly takes the case, convincing his ex-girlfriend, Kate Costello, a high-powered lawyer in Manhattan, to help him prove Dante innocent. The novel races toward a conclusion so shocking that even longtime Patterson devotees won't see it coming. --Kristine Huntley Copyright 2006 Booklist
More book reviews at iDreamBooks.com