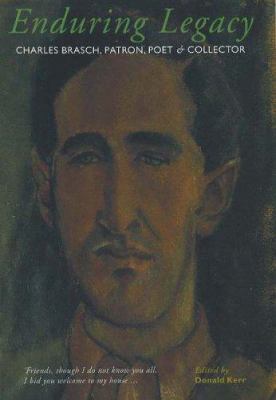 In the mid twentieth century Charles Brasch was a major figure in New Zealand's cultural life - a poet, patron and founding editor of Landfall , the country's premier journal of letters and art. Published to coincide with the release of his papers at the Hocken Library from a 30-year embargo, this volume celebrates his life and legacy in a series of essays by writers and critics, including people who knew him. Brasch was an early collector of New Zealand modernists, including Colin McCahon, Toss Woollaston, Evelyn Page and many other important artists. This book is well illustrated with personal photographs and color reproductions of works from that art collection, many of which have never before been published. The editor, Donald Kerr, is Special Collections Librarian at the University of Otago and has curated many exhibitions on Brasch.

Published at the end of the thirty-year embargo placed by Brasch on his personal papers at the Hocken Library, Dunedin.

"Donald Kerr is Special Collections Librarian at the University of Otago and curated the exhibition 'Harmonizing my starting place: Charles Brasch, poet, patron and collector' (2003)"--Back cover.