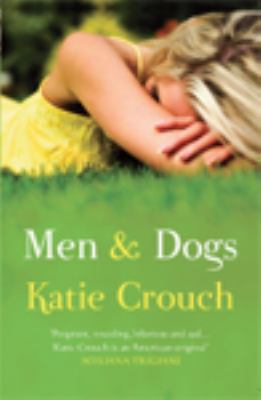 Summary: Hannah Legare's life in San Francisco is unravelling. Her marriage is on the rocks, her business is bankrupt, and she can't shake her conviction that her father - missing after a fishing trip twenty years ago - might still be alive. On a trip to her hometown of Charleston, she begins to tug once again at the loose threads of her father's disappearance. Her uproarious and sometimes downright dangerous quest unsettles her uptight brother and unflappable mother, and brings her into worryingly close contact with Warren, the childhood love she thought she'd left behind. But has Hannah been looking for answers in all the wrong places?
Total holds: 0

After the breakdown of her marriage and a nasty fall, Hannah Legare is forced to return to her hometown, Charleston, to recuperate. Whilst there, her attempts to solve the mysteries of the past stir up a hornets' nest of secrets and emotion.

Hannah Legare's life in San Francisco is unravelling. Her marriage is on the rocks, her business is bankrupt, and she can't shake her conviction that her father - missing after a fishing trip twenty years ago - might still be alive. On a trip to her hometown of Charleston, she begins to tug once again at the loose threads of her father's disappearance. Her uproarious and sometimes downright dangerous quest unsettles her uptight brother and unflappable mother, and brings her into worryingly close contact with Warren, the childhood love she thought she'd left behind. But has Hannah been looking for answers in all the wrong places?

When Hannah Legare was a young girl, her father disappeared on a routine fishing trip. Years later, Hannah finally confronts her past when she is forced to recuperate at home in Charleston, SC, after a drunken accident in San Francisco. This is not Hannah's best moment. Her marriage is failing, owing to her serial adultery; her sex-toy business is tanking; she drinks too much; and she holds her mother, stepfather, and brother Palmer at a distinct distance. By digging into the past-her father's disappearance, the state of her parents' marriage, and unfinished business with her high school boyfriend-Hannah doesn't really discover the answers but learns just enough about love and herself that she can face her present reality. Verdict Hannah is not exactly a likable character, but she reflects enough humor in her brokenness to be memorable. Crouch's second novel sounds formulaic, but as in her best-selling Girls in Trucks, she writes with a dark, twisty, but approachable Southern charm. [See Prepub Alert, LJ 1/10.]-Andrea Griffith, New York (c) Copyright 2010. Library Journals LLC, a wholly owned subsidiary of Media Source, Inc. No redistribution permitted.

Crouch's accomplished sophomore novel kicks off with a flashback: 20-odd years ago, Buzz Legare vanished while on a fishing trip. The fallout of his disappearance and presumed death appears in his 30-something children: Hannah drinks too much, her business is failing, and her husband has kicked her out after her repeated adultery. Hannah's gay brother, Palmer, refuses to let anyone get too close-he's ready to end his yearlong relationship when his partner brings up the idea of adopting a baby. After Hannah injures herself trying to break into her husband's apartment, she heads home to Charleston, S.C., to get her life back on track, but instead finds herself pursuing the past. Damaged and vulnerable, she zigzags through her past-an old boyfriend, questions about her parents' fidelity, and finally facing down where her unwillingness to accept love has gotten her. There's nothing unique about the premise-woman in crisis goes home and discovers herself by exhuming the past-but Crouch (Girls in Trucks) handles it deftly; her dialogue is snappy, the situations darkly funny, Hannah and Palmer are unlikable but sympathetic, and there's just enough mystery to keep the pages turning. (Apr.) (c) Copyright PWxyz, LLC. All rights reserved

Following her embraced debut, Girls in Trucks (2008), Crouch offers another southern tale in which Hannah Legare finds herself back in her hometown, Charleston Harbor, South Carolina, as her marriage, business, and life in San Francisco crumble. She soon begins to puzzle over an old mystery: her father Buzz's mysterious disappearance more than 20 years earlier. Hannah retraces old ground, hoping to glean insights from the recollections of her mother, stepfather, brother, and family friends. Yet most residents of the town prefer to remember Buzz fondly, and view his disappearance during a routine fishing expedition as a tragic accident. Hannah, however, is still haunted by her father's absence and the thought of the family dog drifting alone in the boat. Her quest to discover her father's true fate provides clues to Hannah's current problems, including her trouble being faithful to her husband, even as she realizes she may find information she never wanted to know. At least she will finally begin to piece together her own story.--Boyle, Katherine Copyright 2010 Booklist

The collapse of her marriage, not to mention a three-story fall, sends a woman back home to Charleston, S.C., to investigate her father's disappearance, in Crouch's sardonic second (Girls in Trucks, 2008). Hannah, 35, and her now-estranged husband Jon are sudden San Francisco millionairestheir online sex-toy business has taken off. Her drinking and infidelity have driven Jon away. Hannah suffered her most intractable emotional wound 24 years before, the day her father Buzz, a successful doctor, motored out alone into Charleston harbor, accompanied only by the family dog, Tucker. He never showed up for his son Palmer's soccer game that afternoon. His boat was found, containing only Tucker. Buzz's body was never recovered. His beautiful wife, Daisy, moved on and married DeWitt, Charleston's wealthiest man. Hannah has always compared her looksshe resembles her father, whose features look too big on herunfavorably to her mother's. After drunkenly scaling Jon's apartment building to prove her love, and losing her footing thanks to a yapping terrier, she wakes up in the hospital. Jon and Daisy give her a choice: recuperation in Charleston, or rehab. Rooting among old photos in DeWitt's mansion, she discovers some unsettling clues. One snapshot shows Daisy and Buzz at a party with a group of stoned, hippie-like friends. Hovering in the background is DeWitt. But Daisy claimed not to have met DeWitt until after Buzz vanished. Palmer, a veterinarian, is quarreling with his boyfriend Tom over whether they want a childas if gay life in Charleston wasn't challenging enough. In his mind, Palmer obsessively revisits his father's last daywas Buzz driven to suicide after accidentally spotting Palmer in flagrante with another boy? Only Hannah still thinks Buzz may be alive. But if he is, why did he abandon her? Although it's believable, one senses Hannah's quest for Buzz is merely a pretextself-knowledge and redefinition of family are the real goals here. Sunny outlook with enough clouds to keep it interesting. Copyright Kirkus Reviews, used with permission.
More book reviews at iDreamBooks.com