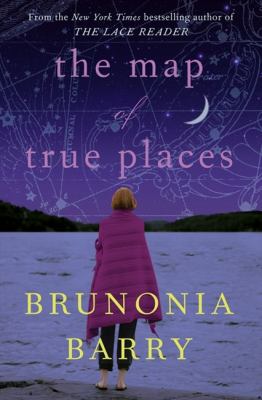 Genre/Form: Psychological fiction. | Thrillers (Fiction) | General fiction.DDC classification: 813/.6 Summary: Zee Finch, a psychotherapist, has come home to Salem to take care of her ailing father and to try to figure out her own life after the suicide of one of her patients, which was made even more difficult by Zee's past--her mother committed suicide herself, in front of her.
Tags from this library: No tags from this library for this title. Log in to add tags.
Fiction notes: Click to open in new window

From the author of The Lace Readercomes an emotionally resonant novel of tragedy, secrets, identity and love.

Zee Finch, a psychotherapist, has come home to Salem to take care of her ailing father and to try to figure out her own life after the suicide of one of her patients, which was made even more difficult by Zee's past--her mother committed suicide herself, in front of her.

Barry's (www.brunoniabarry.com) second novel, following the The Lace Reader, whose Recorded Books/HarperAudio edition was an LJ Best Audio of 2008, centers on Zee Finch, a Boston psychotherapist coping with a patient's recent suicide, an upcoming marriage, and her father's worsening Parkinson's disease. Set in Salem, as The Lace Reader was, and drawing on its colorful history and atmosphere, this novel of a daughter's struggle with her personal and familial lives delivers mystery and a surprise ending, although fewer subplots would have helped to hone its focus. Actress/narrator Alyssa Bresnahan, who also read Barry's previous novel, captures Zee's vulnerability with just the right intonation. Recommended especially for those who enjoyed The Lace Reader. [The Morrow hc was described as a "mesmerizing, suspenseful tale," LJ 5/1/10.-Ed.]-Nancy R. Ives, SUNY at Geneseo (c) Copyright 2010. Library Journals LLC, a wholly owned subsidiary of Media Source, Inc. No redistribution permitted.

Barry's considerable if overplotted latest delves into the long-lingering effects of a mother's suicide. Fifteen years ago, Maureen Finch, a discontented wife and bipolar mother to 13-year-old Zee, commits suicide while Zee watches. Flash forward to the present day, and Zee is a therapist with a new patient, Lilly Braedon, who is far too much like Maureen, and after Lilly kills herself, Zee walks away from her practice and travels back to Salem, Mass., to visit her father and his partner, Melville, only to find that her father's Parkinson's disease is advancing rapidly. With Melville missing, Zee becomes a full-time caregiver and must face the half-truths and twisted memories that have compromised her connection to her father, all the while examining how her mother's legacy extends into her life and a fledgling romance. This is a lovingly told story with many well-drawn characters, who sooner or later reconsider the courses charted by personal decisions and circumstance. But there is almost too much story here, and Barry (The Lace Reader) compromises the third act with a weak subplot about Lilly's traumatic last days that reads as an intrusion on an otherwise well-told tale. (May) (c) Copyright PWxyz, LLC. All rights reserved

Psychotherapist Zee Finch is dealt a blow when one of her patients, a troubled bipolar housewife named Lilly, leaps off a bridge to her death. The tragedy brings up memories of Zee's own mother's suicide, prompting her to go see her father, Finch, in Salem. She is startled to find Finch's Parkinson's disease is much more advanced than she'd been led to believe, and that he has kicked his partner, Melville, out of the house. Zee decides to take a leave of absence from her practice to care for Finch, a move that puts a strain on her engagement to Michael, one of her mentor's closest friends. As her relationship with Michael comes to an end, Zee tries to puzzle out what caused Finch to abruptly break up with his beloved Melville. She also tries to make sense of Lilly's death, unaware that the dangerous man Lilly was involved with now wants to exact revenge on her. Like her hit debut, The Lace Reader (2008), Barry's second novel features an involving, intricately woven story and vivid descriptions of historic Salem.--Huntley, Kristine Copyright 2010 Booklist
More book reviews at iDreamBooks.com