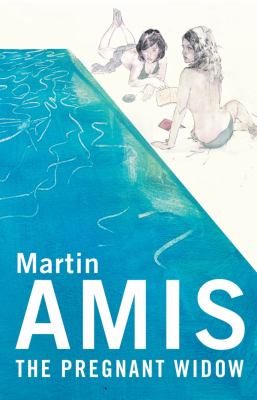 | College students -- Sexual behaviour -- Fiction | College students Sexual behaviour Fiction | Nineteen seventy, A. D FictionGenre/Form: Contemporary fiction. | General fiction.DDC classification: 823.914 Subject: Summer 1970 - a long, hot summer. In a castle in Italy, half a dozen young lives, including that of Keith Nearing, are afloat on the sea of change, trapped in the sexual revolution. Now, in the 21st century, the events of 1970 finally catch up with Keith.
Tags from this library: No tags from this library for this title. Log in to add tags.
Fiction notes: Click to open in new window

Summer 1970 - a long, hot summer. In a castle in Italy, half a dozen young lives are afloat on the sea of change, trapped inside the history of the sexual revolution. The girls are acting like boys, and the boys are going on acting like boys, and Keith Nearing - twenty years old, a literature student all clogged up with the English novel - is struggling to twist feminism and the rise of women towards his own ends.

The sexual revolution may have been a velvet revolution (in at least two senses), but it wasn't bloodless - and now, in the twenty-first century, the year 1970 finally catches up with Keith Nearing.

The Pregnant Widow is a comedy of manners and a nightmare, brilliant, haunting and gloriously risqu#65533; . It is the most eagerly anticipated novel of the year and Martin Amis at his fearless best.

Summer 1970 - a long, hot summer. In a castle in Italy, half a dozen young lives, including that of Keith Nearing, are afloat on the sea of change, trapped in the sexual revolution. Now, in the 21st century, the events of 1970 finally catch up with Keith.

The summer of 1970 leaves its mark on a young man trying to cope with the whirlwind changes brought on by the sexual revolution. Amis's latest tour de force (after House of Meetings and Yellow Dog) revolves around Keith Nearing, a man buffeted by time, memory, and regret. During an Italian holiday, Keith and his friends while away the hours with philosophical conversation and carnal longings, a heady mix with repercussions that last into adulthood. Surrounded by impossibly lovely young women, Keith struggles to make sense of both the English novel and his own desires, a toss-up that frequently ends in a draw. Told primarily in flashback, the narrative alternates between the seminal summer in Italy and Keith's subsequent adulthood experiences. Readers who enjoy a dab of suspense with their literary fiction will relish how Amis gradually teases out story-line resolutions, while those with a taste for symbolism will appreciate how Keith's experiences come to embody the sexual longings of an entire generation. VERDICT Earthy, passionate, literate, and poignant; pick this for your highbrow beach read. [See Prepub Alert, LJ 1/10.]-Leigh Anne Vrabel, Carnegie Lib. of Pittsburgh (c) Copyright 2010. Library Journals LLC, a wholly owned subsidiary of Media Source, Inc. No redistribution permitted.

Amis revisits themes from his early novels-sex, class resentment, lust, humiliation, obsession-with the grim perceptiveness of experience in this fascinating return to form. It's 1970, and 20-year-old Keith Nearing is spending the summer in Italy with a small group of friends, primary among them on-again/off-again girlfriend Lily and her gorgeous, unfortunately named friend, Scheherazade. The easiness between Keith and Lily begins to crumble as Lily picks up on Keith's perhaps requited attraction to Scheherazade. As Lily torments Keith-at first playfully, and later cruelly-and Keith inches closer to pulling off an all-consuming sexual coup, Amis milks a surprising amount of tension from a fairly wispy plot: will Keith get Scheherazade into the sack? The second half, with its unexpected turns and brutal developments (it is never a good thing to be named "Keith" in an Amis novel), could enjoy an easier conjunction with the first half, but the prose is as brilliant as ever, and the cast is amazingly well done. After the disappointment of Yellow Dog and the relative slimness of The House of Meetings, this smart, meaty novel is a revelation. (May) (c) Copyright PWxyz, LLC. All rights reserved

*Starred Review* It was the summer of 1970, the start of a new era of sexual freedom and female ascendancy. Keith, an English college student, is staying in a castle in Italy with friends. His unnervingly frank girlfriend glumly wishes she were beautiful, like the bodacious Scheherazade, who, in spite of her promising name, is dull as dust yet causes near-riots in town and pitches Keith into confusion. His hapless attempts to secretly court Scheherazade propel Amis' sly variation on classic love stories. This farcical tale of a summer of lust, in which the women have all the power but don't know what to do with it, is interwoven with glimpses of Keith in his fifties, a thrice-married, acerbic literary critic appalled by the grim alchemy of age and the crassness of the digital era. As young Keith reads British fiction, from Clarissa to Pride and Prejudice to Wuthering Heights, Amis also borrows coyly from classic mythology, Boccaccio's Decameron, Shakespeare, and D. H. Lawrence. Amid droll banter and hilariously raunchy episodes, immensely gifted and piquantly mercurial Amis ponders, in passages of surpassing eloquence, beauty, time, self, deception, the winepress of death, and the abiding light of literature, deepening the valence of this charmingly provocative and philosophical comedy of desire.--Seaman, Donna Copyright 2010 Booklist

This novel about the sexual revolution is ultimately something of a tease, with far more talking and reading, and talking about reading, than consummation. Though Amis (House of Meetings, 2007, etc.) has long been acknowledged as the foremost disciple of Saul Bellow in contemporary British literature, the opening chapters of his latest read more like lubricious Philip Roth. The year is 1970, the protagonist is 20-year-old Keith Nearing and the setting is a castle in the Italian mountains, where the normal rulesif there are still any normal rulesconcerning sexual propriety can be suspended. The protagonist is the same generation, height and nationality as the author, who at one point assures the reader that "the summer in Italy wasn't art, it was only life. No one made anything up. All this really happened." What happened? Not much, though the summer apparently had lasting repercussions for the protagonist, with the narrative offering a series of present-day interludes that invoke his multiple marriages and daughters. In 1970, among those with whom Keith shares the Italian castle are three women. The one who reduces him to drooling obsession is Scheherazade, a male fantasy (satiric? ironic?) of a voluptuary who is "oozing out all over," has yet to realize her power over men and is suffering from sexual frustration. As the literary-minded Keith muses, "According to an English novel he had read, men understood why they liked women's breastsbut they didn't understand why they liked them so much." Then there's Gloria Beautyman, whose posterior is as riveting as Scheherazade's bust, and who appears even more available. Hardly standing a chance amid those competing attractions is Lily (one of the many flower-named females in the novel), Keith's on-again, off-again girlfriend, with whom sex is perfunctory. Amid this "erotically decisive summer," the reader's frustration becomes almost as great as Keith's, as extended discourses on literature, life and religion lead to little resolution, literary or otherwise. "You can't write about sex," maintains the narrative, an assertion the novel corroborates. Copyright Kirkus Reviews, used with permission.
More book reviews at iDreamBooks.com