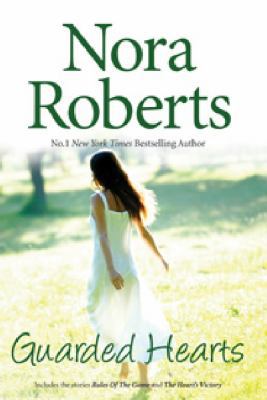 RULES OF THE GAME

She'd always vowed never to mix business and pleasure, until she looked into his eyes - and saw her future. But Brooke Gordon had learned from her troubled upbringing never to depend on anyone for anything. And now that she was a successful TV director with her next major ad campaign to shoot, she wasn't about to start. Especially since the man she wanted most to lean on - to love - was the very one she needed to make her next assignment a success

From the moment he saw her, Parks was mesmerised by Brooke. He couldn't wait to see her, talk to her, touch her. But he discovered quickly it would take more than some sweet talk to charm the practical beauty into his arms. First Parks had to peel away the layers of her defences and find the vulnerable woman within.

He was the man she never forgot, the wealthy society son she once dreamed about, but never dared to love. But now that Cynthia Fox, aka Foxy, was back in town, she was forced to confront Lance Matthews and the world she left behind.

Despite her doubts, Foxy found herself caught up in a whirlwind romance with Lance- which ended in a marriage proposal! But once she hastily agreed to be his wife, she wondered if she had the courage to take the greatest risk of all and give her handsome husband the true trust and intimacy their fragile new marriage needed. Or if Lance could give her the comfort and security she craved.

Rules of the game -- The heart's victory.

Rules of the heart -- The heart's victory.