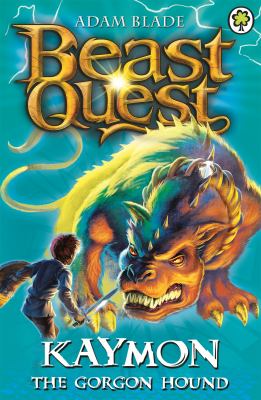 The good Beasts of Avantia are in danger. They have been captured by six terrible new Beasts and taken to Gorgonia, the kingdom of evil wizard Malvel. To free the Beasts, Tom journeys into the sinister Dark Realm, where he must face some of the deadliest beasts he's ever fought..

There are SIX thrilling adventures to collect in the Beast Quest: The Dark Realm series: Torgor the Minotaur; Skor the Winged Stallion; Narga the Sea Monster; Kaymon the Gorgon Hound; Tusk the Might Mammoth; Sting the Scorpion Man.

In a ruined castle in the Dark Realm prowls Kaymon the Gorgon Hound. Kaymon is one of six fearsome Beasts unleashed by the wicked wizard, Malvel, to capture the good Beasts of Avantia. Join Tom on his quest to save the good Beasts and avoid being captured himself.