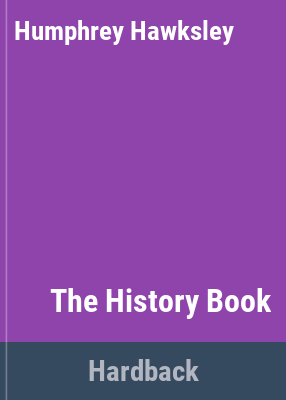 DDC classification: 823.914 Subject: Catherine 'Kat' Polinski--burglar, hacker, undercover agent--returns home from a deadly mission at the Kazakh Embassy in Washington, DC, to find a cryptic message from her sister. Soon after, she learns that her sister Suzy has been murdered--shot with a highpowered rifle in a desolate spot 30 miles outside of London. What was Suzy doing there? Did it have anything to do with the controversial Project Peace? An international security agreement, Project Peace allows constant surveillance and loss of individual freedom in the name of stability and order
Total holds: 0

Kathleen 'Kat' Polinski - burglar, hacker, undercover agent - is out to avenge her sister's murder. In her search for answers, she discovers an increasingly plausible threat that could destroy the world.

Catherine 'Kat' Polinski--burglar, hacker, undercover agent--returns home from a deadly mission at the Kazakh Embassy in Washington, DC, to find a cryptic message from her sister. Soon after, she learns that her sister Suzy has been murdered--shot with a highpowered rifle in a desolate spot 30 miles outside of London. What was Suzy doing there? Did it have anything to do with the controversial Project Peace? An international security agreement, Project Peace allows constant surveillance and loss of individual freedom in the name of stability and order

Set in the surveillance society of the near future, this whirlwind thriller from BBC correspondent Hawksley (The Third War) puts Kat Polinski, a convicted computer hacker just sprung from jail, to work for a division of Homeland Security. Kat's job is to break into foreign embassies and ransack their computers, searching for secret data useful to the U.S. When Kat infiltrates the Kazakhstan embassy, she finds a bunch of dead people and has to shoot her way out, killing two gunmen in the process. She then learns that her sister, Suzy, who's been living in England, has been murdered. On the lam from her own government, Kat hightails it to London, the most security-intense city in the world, to search for Suzy's killer. Hawksley lingers a little too often over security tech toys, but eventually breaks out the weaponry as Kat slings lead while making one hairsbreadth escape after another. (Aug.) (c) Copyright PWxyz, LLC. All rights reserved

Shortly after a break-in at a foreign embassy in Washington turns into a bloodbath, Kat Polinski, a covert U.S. agent, receives a cryptic message from her sister in London; a day later the sister is murdered. After arriving in England, Kat learns that her sister was involved with Project Peace, a multinational organization advocating that all the world's oil reserves be shared. Working as a video editor for the group's news bureau, she disseminated altered images of terrorist attacks aimed at discrediting the opposition. But she also kept a History Book of real images. Was this book what led to her assassination? Hawksley, a foreign correspondent for the BBC, understands the backroom nature of international power and the nagging issue of ordinary folk who just don't recognize what's good for them. He combines an all-too-believable, distinctly Orwellian premise with a kick-ass heroine not about to accept an anti-utopian future. An impressive espionage debut.--Lukowsky, Wes Copyright 2007 Booklist

A spunky computer hacker throws herself against a conspiracy of governments and a ruthless Russian oil billionairess, all of whom want to swat her like a fly. It's the not-nearly-distant-enough future. The Great Powers have gotten together to push a peace plan that will control the world's energy resources at the price of everyone's civil liberty. Not that there is much liberty left. Technology has made it possible for governments to keep minutely close watch on anyone and everyone in the interest of security in a world plagued by terrorism. Kat Polinski, the orphaned and wayward daughter of an idealistic diplomat father and his faithless wife, has gotten sucked into a role as a computer hacker for what she hopes is the good side. But it's difficult to tell which side anyone is on when she breaks into the Kazakh embassy to find that an assassin has executed everyone in the building and may still be there, looking for the same bit of computer memory Kat was supposed to find. Kat shoots her way out, but the Kazakh caper is only the beginning of a mad chase that takes her to England, where her older sister Suzy just fell to a silenced bullet at a concert in the fens. Kat discovers that Suzy had been working incognito with the outnumbered libertarians seeking to put a stop to the international peace and energy pact. Before she died, Suzy uncovered evidence that the pact is a sham. The supposed energy shortage is a fake. Kat's nemesis in the search for truth is Yulya Grachev, ruthless and sadistic heiress to Russian oil billions and a woman with mysterious connections to Kat and her family. Kat's only totally trustworthy allies in dangerous England are a rough-edged brother and a sister who worked with Suzy and are ready to die to stop the treaty. Hawksley's latest (Ceremony of Innocence, 1999, etc.) is frenetic and dark, but a fair amount of fun. Copyright ©Kirkus Reviews, used with permission.
More book reviews at iDreamBooks.com