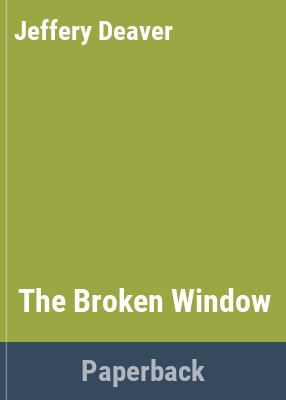 DDC classification: 813.6 Online resources: Publisher description Subject: Lincoln Rhyme is wrapped up in a transatlantic case when he gets an unwelcome phone call : his cousin Arthur has been arrested for murder. All the evidence says he did it. And this much evidence can't be wrong. Or can it? As Lincoln and Amelia investigate, they find a spider web of crime woven by the most insidious killer they have ever encountered.
Fiction notes: Click to open in new window
Total holds: 0

Rhyme's cousin has been arrested for murder. The evidence clearly shows he did it, but Rhyme agrees to check things out. It turns out that the cousin along with other people has been wrongly convicted because the true killer knows every single detail about the lives of the victims he kills and the men he sets up to take the fall for those crimes. This allows him to get close to the victims under false pretenses, murder or rape, and escape safely. And then he sets up others to take the fall for his crimes, planting incontrovertible evidence... Rhyme, Sachs and the rest of the team have to find out who at the huge, ominous data mining company is getting access to this information. Meanwhile the villain--known only by a number to us--realizes he's being pursued and turns his knowledge of data and information into a weapon. Oh, and lest things seem too delicate, he also gets information through good old-fashioned murder and torture too...

Lincoln Rhyme is wrapped up in a transatlantic case when he gets an unwelcome phone call : his cousin Arthur has been arrested for murder. All the evidence says he did it. And this much evidence can't be wrong. Or can it? As Lincoln and Amelia investigate, they find a spider web of crime woven by the most insidious killer they have ever encountered.

Deaver duo Lincoln Rhyme and Amelia Sachs are stalking a killer who excels at framing others. With a 12-city tour. (c) Copyright 2010. Library Journals LLC, a wholly owned subsidiary of Media Source, Inc. No redistribution permitted.

In bestseller Deaver's entertaining eighth Lincoln Rhyme novel (after The Cold Moon), Rhyme, a forensic consultant for the NYPD, and his detective partner, Amelia Sachs, take on a psychotic mastermind who uses data mining--"the business of the twenty-first century"--not only to select and hunt down his victims but also to frame the crimes on complete innocents. Rhyme is reluctantly drawn into a case involving his estranged cousin, Arthur, who's been charged with first-degree murder. But when Rhyme and his crew look into the strange set of circumstances surrounding his cousin's alleged crime, they discover tangential connections to a company that specializes in collecting and analyzing consumer data. Further investigation leads them to some startlingly Orwellian revelations: Big Brother is watching your every move and could be a homicidal maniac. The topical subject matter makes the story line particularly compelling, while longtime fans will relish Deaver's intimate exploration of a tragedy from Rhyme's adolescence. (June) (c) Copyright PWxyz, LLC. All rights reserved

As the Lincoln Rhyme series rolls along, the quadriplegic criminalist's cases keep getting more and more elaborate. The Cold Moon (2006) was extremely intricate, but this one tops it. Lincoln's cousin has been arrested for murder. The case seems airtight, but when he looks into it, Rhyme begins to suspect that he has stumbled onto an especially devious serial killer, one who uses cutting-edge data-mining techniques to steal the identities of his victims and of the innocent people he frames for his crimes. Rhyme is perhaps the best and smartest investigator in the game, but how do you catch a killer when you don't know anything about him? If a large part of writing a mystery is like making a puzzle, then Deaver may just be the cleverest puzzle maker in the business. He has built his reputation on the strength of well-drawn characters; hyperrealistic dialogue (you don't read it, you hear it); and right-angle plot twists that are impossible to predict. There is no one quite like Deaver or like Lincoln Rhyme.--Pitt, David Copyright 2008 Booklist

It's a must-solve case for quadriplegic criminalist Lincoln Rhyme when his cousin is arrested for murder. The evidence seems incontrovertible. Arthur Rhyme came over to Alice Sanderson's apartment--leaving generous amounts of trace evidence from his home and DNA traces from his person--then attacked and killed her; stole a prized painting she'd just purchased; and left, obligingly depositing trace evidence from the crime scene back home. But since Rhyme can't believe that his cousin killed anyone, he's forced to conclude that there's been an elaborate frame-up by someone who may well have done the same thing before. Fans of the serial-killer specialist (The Cold Moon, 2006, etc.) won't be surprised when Rhyme, his partner Amelia Sachs and the rest of the NYPD crew he's hastily cobbled together turn up two well-nigh identical crimes that exonerate Arthur to their satisfaction, even though he continues to languish in a lockup that seems to get more dangerous by the hour. A rare slip by the elusive killer leaves Rhyme with a bag of material he'd been on his way to plant at the home of still another innocent suspect. The big catch here is a Post-It note that sends Rhyme and company to Strategic Systems Datacorp, which collects and resells data, mountains of data, on every American it can. Deciding that the perp knows so much about the patsies he sets up, from their shoe sizes to their favorite brands of underwear, that he must have some connection to SSD, Rhyme commences collecting data on the data collectors. The ensuing investigation, which bogs down amid factitious thrills and the faceless geeks at SSD, feels like the work of a ghostwriter who knows the formula and uses the right names but lacks Deaver's customary brio and fiendish ingenuity. On the plus side, the master criminal, instantly forgettable on his own terms, will tap into many paranoid readers' twin bogeymen: identity theft and government surveillance. Copyright ©Kirkus Reviews, used with permission.
More book reviews at iDreamBooks.com