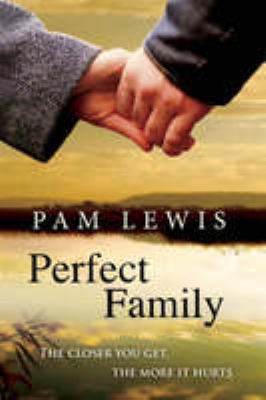 Subject: Pony, the youngest of the Carteret daughters, has never been afraid to live dangerously ; and , for all that she infuriates him, she's always been her brother William's favourite. When her body is found in Lake Aral, the deepest lake in Vermont, something doesn't seem to fit. How could Pony, a strong and experienced swimmer, drown within feet of the family's exclusive holiday home, while her baby son looked on from the shore?
Tags from this library: No tags from this library for this title. Log in to add tags.
Total holds: 0

Haunted by the mystery of the last few moments of Pony Carteret's life, Perfect Family is a novel bristling with menace, with a shocking revelation at its heart.

Pony, the youngest of the Carteret daughters, has never been afraid to live dangerously ; and , for all that she infuriates him, she's always been her brother William's favourite. When her body is found in Lake Aral, the deepest lake in Vermont, something doesn't seem to fit. How could Pony, a strong and experienced swimmer, drown within feet of the family's exclusive holiday home, while her baby son looked on from the shore?

Long-festering secrets erupt with devastating consequences to Connecticut's moneyed Carteret clan in Lewis's second novel (after Speak Softly, She Can Hear), a literate page-turner. When 24-year-old Pony, the family's daredevil golden girl, drowns while skinny-dipping at their Vermont lake house, her death leaves her year-old son, Andrew, an orphan-as well as a hornet's nest of troubling questions. Why had Pony begged big brother William to meet her in Vermont that day? Did someone else show up after they quarreled and William stormed off? Who is Andrew's father? And was Pony's death really an accident? Widowed patriarch Jasper Carteret III and bossy eldest daughter Tinker seem less interested in answers than damage control. But William, heartsick at whatever role his departure might have played in the tragedy, starts digging. Before long, some of his startling discoveries challenge his core beliefs about the people he thought he knew well. Lewis skillfully lures the reader through her narrative maze with plenty of plot twists-most of them credible until an over-the-top climax-without compromising a masterful portrait of a quirky New England family in crisis. (Apr.) (c) Copyright PWxyz, LLC. All rights reserved

In this combination murder mystery/family saga from Lewis (Speak Softly, She Can Hear, 2005), a seemingly close-knit New England WASP family turns out to be riddled with resentments and secrets. Widower Jasper is the patriarch of the established, moneyed Carteret family of Hartford. Because Jasper sold the family business, oldest son William works in PR and mountain climbs with his easygoing girlfriend Ruth. Oldest daughter Tinker has grown from a bossy, goody-goody child into a control-freak housewife who secretly gorges herself on sweets. Middle daughter Mira teaches creative writing part-time while putting on bohemian airs full-time. Pony, the spunky, beloved youngest, is raising her infant son Andrew, the product of a one-night stand with a stranger. One afternoon Pony asks William to visit her at the Vermont lake house where the Carterets spend their happiest times. After showing him a picture of their dead mother Olivia taken in 1968, with a man who is not Jasper, Pony says she has another surprise for William, but they argue and he leaves. Hours later Pony drowns in what seems an accident. Learning that the teenager next door saw another man visit Pony after he left, William pursues the possibility that foul play was involved in Pony's death. Meanwhile, Tinker takes over care of Andrew, although Pony requested William as his guardian, and Mira becomes involved with a strangely solicitous mourner at Pony's funeral named Keith. By the time Keith offers Mira and Tinker false and nefarious statements about Pony's relationship to William, the reader can pretty much guess where the plot is going. William's prickly relationship to Jasper is multifaceted, but Tinker and Mira remain generally annoying personalities, particularly in contrast to the saintly Ruth. Central to Carteret family dynamics, and to the plot, is Olivia, who never comes into clear focus even as her dramatic history is revealed. Begins strong with crackling sibling tensions before sliding into predictability and incest-ridden melodrama. Copyright ©Kirkus Reviews, used with permission.
More book reviews at iDreamBooks.com