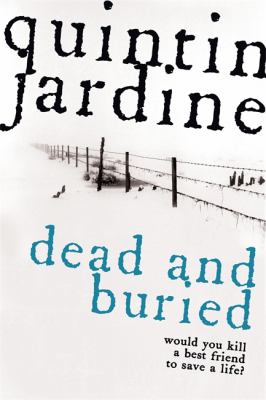 DCC Bob Skinner has a failed marriage on his hands, and a death on his conscience, but little time to deal with either as he faces the biggest challenge of his career within the secret corridors where dark power is wielded. As his hunt develops, he goes to the very top - the Prime Minister - lest he himself becomes collateral damage. Meanwhile, back in Edinburgh, Skinner's daughter is being harassed by a stalker. Can he protect her? A bookmaker has taken one gamble too many and paid his debt in a gruesome fashion. Is it an underworld vendetta, or something more sinister? Alongside it all, a casual call to the Chief Constable sets him on a personal crusade which quickly points to a bigamist at work. Or is it worse? Four crimes, four crises: can Skinner and his people solve them? Indeed, can they survive them?

Still feeling the effects of his last case (Lethal Intent), Deputy Chief Constable Bob Skinner has been asked to follow up in London on the resulting treason investigation. He leaves his very capable Edinburgh police to oversee several lines of inquiry dealing with such varied crimes as stalking, murder, and drug dealing. Jardine's latest police procedural is full of richly drawn characters: the good, the bad, the overachievers, and the slackers. What is so remarkable is how real they are. The camaraderie of Jardine's police characters is reminiscent of British crime authors John Creasey writing as J.J. Marric and John Wainwright. Highly recommended for patrons who enjoy British police procedurals. Jardine, who also writes the Oz Blackstone series, lives in Scotland and Spain. (c) Copyright 2010. Library Journals LLC, a wholly owned subsidiary of Media Source, Inc. No redistribution permitted.

In Lethal Intent (2005), Deputy Chief Constable Bob Skinner foiled an assault on a member of the British royal family, uncovering a nest of traitors. In this hard-hitting sequel, Jardine's 16th police procedural to feature the Edinburgh detective, Skinner is tapped by the head of MI5 to investigate the security breaches highlighted in Lethal Intent and root out those who supported the conspirators. Newcomers would do well to read the previous book first, while series fans should be prepared for a distracting subplot about a stalker who has targeted Skinner's daughter, some stilted dialogue and less-than-credible characters. (Dec.) (c) Copyright PWxyz, LLC. All rights reserved

Having solved every crime in Scotland (Lethal Intent, 2005, etc.), DCC Bob Skinner is ready when England sends for him. Something's rotten in the upper echelons of MI5 and MI6--murder, treason, conspiracy, take your pick of high crimes and misdemeanors--and somebody big is required to set things right. They don't come much bigger than broad-shouldered Bob Skinner, but it's his reputation for independence and probity that's caused London to issue its SOS. The powers that be want an investigation that will withstand scrutiny so that they can emerge with luster restored. Skinner's signature on their report is an acceptable trade-off, they feel, for having a famous loose cannon on the premises. Not everyone in Whitehall concurs. After all, the secret services are nothing if not secretive. So Skinner has a job-and-a-half on his hands. Meanwhile, back in Edinburgh, the bereft constabulary is doing its best to muddle through in the big man's absence. Feeling the pinch, even top cop Sir James Proud pitches in when an attractive lady in distress places a curious phone call to him. Curiouser and curiouser, since it turns out that Sir James's home-grown case and Skinner's far-flung one have an interesting connection. Though Jardine's blokes and birds in blue are a bit less randy than usual, flamboyant Skinner, in bed or out, is enough to keep the pages turning. Copyright ©Kirkus Reviews, used with permission.
More book reviews at iDreamBooks.com