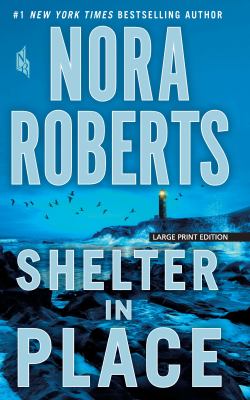 Genre/Form: Psychological fiction. | Thrillers (Fiction.)DDC classification: 813/.54 Summary: It was a typical evening at a mall outside Portland, Maine -- until the shooting began. For eight minutes the chaos spread -- eight minutes that transformed the lives of everyone in its wake. Some had their futures stolen from them, while others would discover their true calling. But for one person, it would be the start of a far more calculated plan, one that would force the survivors to fan and even greater test in the years to come.
Tags from this library: No tags from this library for this title. Log in to add tags.

It was a typical evening at a mall outside Portland, Maine. Three teenage friends waited for the movie to start. A boy flirted with the girl selling sunglasses. Mothers and children shopped together, and the manager at the video-game store tended to customers. Then the shooters arrived.

The chaos and carnage lasted only eight minutes before the killers were taken down. But for those who lived through it, the effects would last forever. In the years that followed, one would dedicate himself to a law enforcement career. Another would close herself off, trying to bury the memory of huddling in a ladies' room, helplessly clutching her cell phone--until she finally found a way to pour the emotions of that night into her art.

But one person wasn't satisfied with the shockingly high death toll at the DownEast Mall. And as the survivors slowly heal, find shelter, and rebuild, they will discover that another conspirator is lying in wait--and this time, there might be nowhere safe to hide.

From the author of Year One and Come Sundown, Shelter in Place blends propulsive suspense, a cast of vivid characters, and intimate psychological insight in a rich, exciting read.

It was a typical evening at a mall outside Portland, Maine -- until the shooting began. For eight minutes the chaos spread -- eight minutes that transformed the lives of everyone in its wake. Some had their futures stolen from them, while others would discover their true calling. But for one person, it would be the start of a far more calculated plan, one that would force the survivors to fan and even greater test in the years to come.

Multiple award winner Roberts's (Year One; Come Sundown) latest stand-alone novel begins with a literal bang as a typical evening in a Maine mall is shattered by a deadly, well-planned shooting. The body count is high and some of the survivors, including college student Reed Quartermaine and 16-year-old Simone Knox, are lauded as heroes for their actions. The guilt and grief they suffer send Simone and Reed off into unexpected yet ultimately rewarding -directions: Simone turns her pain into art, and Reed becomes a police officer. The cinematic, big-screen action of the opening smoothly transitions into the intimacy of the survivors doing the hard work of becoming functioning humans, supported by well-conceived secondary characters. When Simone and Reed meet, their attraction is instant and they begin to forge a new life together. But after survivors of the DownEast Mall massacre start turning up dead, Reed begins to suspect someone with close ties to the killers is behind the murders. VERDICT Roberts lets the sharply outlined characters, including an unusual villain, take center stage in another tautly plotted page-turner that suspense and thriller readers will love.-Charli Osborne, Oak Park P. L., MI © Copyright 2018. Library Journals LLC, a wholly owned subsidiary of Media Source, Inc. No redistribution permitted.

The latest from the prolific Roberts (Irish Thoroughbred) follows the survivors of a mass shooting in Maine as they piece their lives together, only to be targeted three years later by the tragedy's mastermind. After saving a child during a shooting at the DownEast Mall, college kid Reed Quartermaine bonds with the first officer on the scene, Essie McVee, and decides to be a cop. High schooler Simone Knox encounters fame as the first 911 caller and grows up to become a renowned artist who honors the victims by sculpting their likenesses. Three years later, Reed starts to suspect that something's afoot once he notices that people who were present at DownEast that night begin to turn up dead. His fears are confirmed when he is attacked by Patricia Hobart, the younger sister of one of the shooters who was killed. Patricia blames Simone especially for her brother's death, but particularly has it out for Reed now that he's survived her attack. Reed can't keep himself away from the case of the new deaths, even after it's taken over by the FBI and he meets and falls for Simone. Roberts's characters are serviceable, but real draw is the story, which has some welcome red herrings and a page-turning brio that elevates it above the average thriller. 1,000,000-copy announced first printing. (May) © Copyright PWxyz, LLC. All rights reserved.

The press would later dub the tragedy the DownEast Mall Massacre, but for the survivors, it was eight minutes of pure hell. Three teenagers brandishing guns opened fire on visitors at a mall just outside of Portland, Maine. Before the gunmen were dead, they managed to murder more than 30 people and injured more than 80 others. Among those who survived were teenagers Simone Knox and Reed Quartermaine. Years later as Simone and Reed struggle to put the past behind them and build new lives, they have no idea that a deadly threat from their past is about to make a very unwelcome return. Roberts' latest polished novel delivers all the literary touchstones her fans have come to expect, including high-stakes suspense, a generous dollop of romance, a thoughtful exploration of the strong bonds of family and friendship that women create for themselves, and, of course, some HGTV fixer-upper moments. As a significant bonus, the book's chilling, brutal opening scenes should be required reading for any politician waffling on the issue of gun control. HIGH-DEMAND BACKSTORY: With a million-copy laydown and an extensive promotional campaign, the Queen of Romance's latest will be on every reader's radar.--Charles, John Copyright 2018 Booklist

The victims of a mass shootingincluding two young heroes from the tragedyare moving forward in their lives, affected in different ways, when they're stunned to discover a serial killer is targeting survivors.Simone Knox and Reed Quartermaine were both survivors of a mass shooting at a mall in Portland, Maine. Afterward, Simone, grateful to be alive, vows to be a better daughter and at first tries to conform to her parents' conservative expectations. However, she soon realizes she'll never be happy appeasing them and finally chooses to follow her artistic dreams in order to lead a more authentic life. Reed, inspired by Essie McVee, the first police officer on the scene, becomes a detective, eventually becoming Essie's partner and close friend. Years later, survivors of the massacre begin to die, and Reed is convinced the deaths are connectedbut not even Essie takes him seriously until the killer targets him. Reed is wounded but survives, and suddenly everyone believes him. The cunning psychopath escapes into the ether, armed with money, lots of false identification, and a seething desire for revenge. Taking time to heal, Reed visits Tranquility Island, Maine, his childhood vacation spot, and falls in love with the place. He also meets a charismatic older woman who helps him land the house of his dreams and the position of police chief. Falling in love with her granddaughter, Simonewhom he had been aware of since the tragedy but had never metseems like fate. Reed settles into his new job and hooks up with the FBI regarding the case, convinced their face-off has frustrated the vengeful killer. As heroic survivors, Reed and Simone are prime targets, and now that they've found each other, the stakes are higher than ever. Facing the hunter means fighting for their lives, love, and happiness while silencing the violent echoes of the worst day of their lives. Fascinating charactersSimone's grandmother is a standoutand a sprawling plot that covers a lot of ground yet keeps the reader engaged offer a surprisingly compelling and poignant redemption story that begins with a tragic mass shooting.Roberts' newest is part thriller, part romance, part survivors' psychological study with a touch of New Age magicand a lively, captivating read. Copyright Kirkus Reviews, used with permission.
More book reviews at iDreamBooks.com