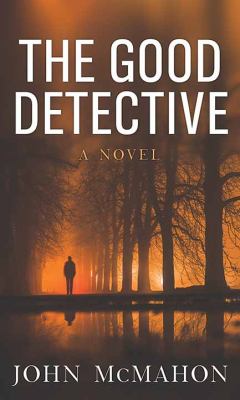 Genre/Form: Detective and mystery fiction.DDC classification: 813/.6 Summary: "Detective P.T. Marsh was a rising star on the police force of Mason Falls, Georgia, but since his wife and young son died in an accident he has made some disastrous decisions. His newest murder case is the man he beat up the night before, and that man may be the number one suspect in another murder"-- Provided by publisher.
Tags from this library: No tags from this library for this title. Log in to add tags.

Detective P.T. Marsh was a rising star on the police force of Mason Falls, Georgia -- until his wife and young son died in an accident. Since that night, he's lost the ability to see the line between smart moves and disastrous decisions. Such as when he agrees to help out a woman by confronting her abusive boyfriend. When the next morning he gets called to the scene of his newest murder case, he is stunned to arrive at the house of the very man he beat up the night before. He could swear the guy was alive when he left, but can he be sure? What's certain is that his fingerprints are all over the crime scene.

"Detective P.T. Marsh was a rising star on the police force of Mason Falls, Georgia, but since his wife and young son died in an accident he has made some disastrous decisions. His newest murder case is the man he beat up the night before, and that man may be the number one suspect in another murder"-- Provided by publisher.

Det. P.T. Marsh, the narrator of McMahon's ambitious if flawed first novel, set in rural Mason Falls, Ga., has promised to help Crimson, a stripper he met at a strip club, whose boyfriend has physically abused her. One evening, he drives over to Crimson's house, where he punches and threatens the boyfriend. When the boyfriend is strangled that same night, Marsh-who's struggling with alcoholism and still reeling from an accident that killed his family-wonders whether in a drunken stupor he might have murdered the guy. Later, when a 15-year-old African-American boy, a Baptist preacher's son, is lynched, the chief suspect turns out to be the man Marsh may have strangled. Investigating the boy's lynching takes Marsh into an intricate, decades-old conspiracy. McMahon tends to explain too much, and this debut reads at times like an earnest message novel wrapped in the guise of an action-packed Hollywood thriller. Still, he's a talented writer with a good sense of place, and readers are sure to look forward to Marsh's next outing. Agent: Marly Rusoff, Marly Rusoff & Assoc. (Mar.) © Copyright PWxyz, LLC. All rights reserved.

*Starred Review* P. T. Marsh, of Mason Falls, Georgia, was a good detective at least until his wife and son died in a car accident less than a year before, leading him to drink too much and make bad decisions, one of which is to teach the abusive boyfriend of a hooker a lesson. So he beats Virgil Rowe one night, only to be called to Rowe's murder scene the next morning, leaving him unsure about whether he, in a drunken stupor, might have killed the man himself. It gets worse when Marsh and his partner, Remy Morgan, a strong young black woman, find the partially burned body of black, 15-year-old Kendrick Webster with a noose around his neck in a torched farmer's field. Suspicion points to white-supremacist Rowe as responsible. But arson-murder seems to Marsh an unlikely combination, even with the racial overtones (not publicly revealed) of Kendrick's death. Marsh, however, looks for similar crimes in the area and uncovers something even worse than a serial killer, presenting him with the dilemma of how to achieve justice. This unusually accomplished debut is the first in a projected series; with Marsh still having demons to deal with, the table is set for much more compelling, character-centric stories to come. Crime-fiction fans are advised to get in at the start.--Michele Leber Copyright 2019 Booklist

Southern gothic mingles with modern noir in this well-intentioned mashup.P.T. Marsh, a sergeant in the Mason Falls, Georgia, police department, has lost his way. After the deaths of his wife and son he has fallen into depression, drinking his way through his days, no longer Mason Falls' best detective. Late one night he tries to help Crimson, a strip club performer, whose partner, Virgil Rowe, abuses her, but he soon finds himself in more complicated trouble. He beats and threatens Rowe, goes home, and wakes up to find Rowe has been murdered. Has Marsh killed him? He doesn't know, but things get really sticky when Rowe becomes the most likely suspect in another murder that had taken place earlier that evening. The victim in that earlier death was a black teenager who was tortured and lynched. Following up on the racist murder leads Marsh to a white supremacist group and then further into history, revealing a pattern of deaths that reach back to the "old" South and exposing a shadowy cabal still in operation today. Historic documents contain the names of families still powerful in Georgia and hint at horrifying rituals. Marsh, who believes he can genuinely number himself among the unprejudiced white peoplehe has an African-American partner and his wife was also African-Americanbecomes again a "good detective" in opposing this powerful form of racism. Marsh is a likable character, but he has too much to do here: solve Rowe's murder to exonerate himself; rehabilitate himself and his reputation on the force; and expose and then fight the cabal. And while the persistence of racism is undeniable, the shape it takes in this novel is so sensationalized it may distract from the more pedestrian and pressing forms that are always around us.A promising start, but McMahon could do more with less. Copyright Kirkus Reviews, used with permission.
More book reviews at iDreamBooks.com