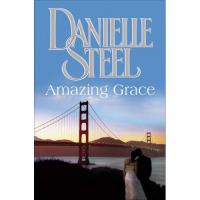 DDC classification: [Fic] Subject: The lives of four unforgettable characters collide in Danielle Steel's compelling new novel, as a shocking natural disaster transforms each of them forever, leading them on journeys of change and revelation, courage and grace.
Fiction notes: Click to open in new window
Total holds: 0

The lives of four characters collide in Danielle Steel's novel, as a devastating tragedy transforms each of them forever, igniting powerful journeys of change and revelation, courage and grace.

The lives of four unforgettable characters collide in Danielle Steel's compelling new novel, as a shocking natural disaster transforms each of them forever, leading them on journeys of change and revelation, courage and grace.

What could possibly bring together a Grammy Award-winning singer, a photographer, the wife of a financial kingpin, and a nun? They were all at a charity event in San Francisco when an earthquake intervened. (c) Copyright 2010. Library Journals LLC, a wholly owned subsidiary of Media Source, Inc. No redistribution permitted.

With Bungalow 2 still on bestseller lists, Steel checks in with a Bay Area earthquake that shakes up the lives of three beautiful, talented yet somehow unfulfilled women. Sarah Sloane, 30-something wife of Seth, a wildly successful hedge fund entrepreneur, and mother of two, has planned to perfection a high-ticket charity auction. The only thing she hasn't counted on is the biggest seismic event to hit San Francisco since 1906 and the aftershocks it will cause in her marriage. Meanwhile, hot Grammy-winning 19-year-old singer Melanie Free, flown in to perform at the benefit, likewise finds her life overturned: following an on-stage triumph, Melanie throws away her platform shoes to assist disaster victims, admitting-much to the annoyance of her pushy stage mother and her TV actor boyfriend-that she always wanted to be a nurse. Sarah and Melanie face change with support from the 40-ish Sister Maggie Kent, a California nun whose good deeds draw the interest of recovering alcoholic and former AP photojournalist Everett Carson, who captures her in pictures. As marriage, faith and vows of chastity are tested, there's nothing complicated to spoil the romance. Steel delivers a sparkly story with an uplifting spiritual twist. (Oct.) (c) Copyright PWxyz, LLC. All rights reserved

In Steel's latest saga, we meet three beautiful, successful women whose lives are altered forever by a devastating San Francisco earthquake. It strikes during a charity dinner organized by socialite Sarah Sloane. Sarah's perfect world dissolves when she discovers that her husband, Seth, is involved in illegal hedge-fund activities. Unable to cover his tracks due to the power outages, Seth will most certainly end up in prison. The quake also affects Melanie Free, the 19-year-old Grammy winner hired to perform at the exclusive event. Melanie and her entourage find themselves in a refugee camp, where Melanie quickly pitches in to help with the injured, much to the disdain of her mother/manager and her vacuous actor boyfriend. Both women find guidance and solace in the company of Sister Maggie Kent, a nun who works with San Francisco's homeless and is managing the refugee camp. However, Sister Maggie must deal with her own turmoil, as she finds herself falling in love with a photographer covering the aftermath of the quake. Typical Steel fare, this is a fast, uncomplicated read.--Hughes, Kathleen Copyright 2007 Booklist

A San Francisco earthquake shakes up the lives of three women in the latest from Steel (Bungalow 2, 2007, etc.). A nun, a rock ingnue and a socialite collide on the night of a disastrous earthquake--and, no, it's not the start of a joke. Sarah, a perfectly groomed yummy-mummy, is the volunteer in charge of the Littlest Angels Ball, a large fund-raising black-tie event for a local hospital. Melanie is the hired talent for the night, a teenage rock star who's fed up with being pushed around by her domineering mother/agent. Finally there's Maggie, the spunky redheaded nun with a heart of gold that tends to San Francisco's homeless and only scored a ticket to the swank event thanks to a generous friend. When the quake strikes (and it's a doozy), the carefully constructed lives of the three ladies crumble like a deck of cards. Sarah's husband is exposed as a fraud when the quake's resulting power outage keeps him from hiding his illegal financial maneuvers. His misdeeds cost the family dearly and Sarah has to come to terms with just how much loyalty she owes the man she once adored. Thanks to the resulting chaos of the natural disaster, Melanie gets the chance to escape her mother's watchful eye and act like a normal college-age kid. She volunteers at the victims' shelter, eats junk food and makes non-industry friends. The change of venue does the pop princess good: it seems Melanie is well on the way to independence. Maggie's future is more uncertain. While working with the injured and frightened, Maggie crosses paths with a handsome photographer. The seemingly mismatched pair fall in love and must decide if they want to place their bets on a future together. The characters are paper-thin (Maggie is especially laughable and scantily developed) and the plot manufactured. Similar to a fast-food meal, the book won't meet daily nutritional requirements and just might leave you with a bellyache. Copyright ©Kirkus Reviews, used with permission.