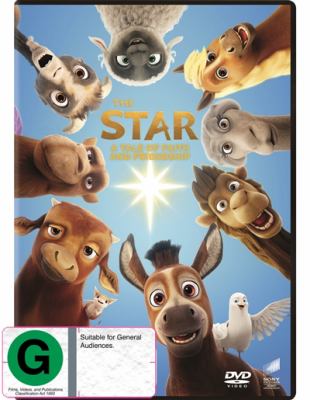 "A tale of faith and friendship"--Cover.

Originally released as a motion picture in 2017.

A small but brave donkey named Bo yearns for a life beyod his daily grind at the village mill. One day he finds the courage to break free and teams up with Ruth the lovable sheep and Dave the hilarious dove with lofty aspirations. Along with three wisecracking camels and some eccentric stable animals, Bo and hs new friends follow the Star on the adventure of their dreams - filled with lots of laughter - and become part of the greatest story ever told.