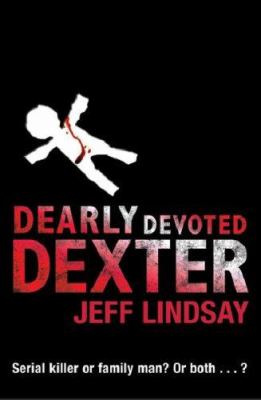 DDC classification: 813.6 Subject: As his colleague Sergeant Doakes grows suspicious, Dexter is forced to lie low, slipping deep into domestic bliss. He says all the right things to his girfriend and plays Kick the Can with her two children, but Dexter can only hide his true self for so long. The fiend inside him is calling out, ready to be unleashed. When a new psychopath begins slashing his way through Miami, the temptation becomes too much to bear.
Fiction notes: Click to open in new window
Total holds: 0

<p>Miami's best-dressed serial killer is back and on the prowl - at least he would be if he could shake off his permanent shadow. Ever since their paths first crossed, Sergeant Doakes hasn't let Dexter Morgan out of his sight. Dexter may well be the Miami PD's blood-spatter analyst, but Sgt. Doakes has a pretty good idea of how Dex likes to spend his free time and he's determined to catch him in the act.</p> <p>Dex hasn't killed in months and is getting twitchy. To throw Doakes off his scent, he's spending more time with Rita, his girlfriend. But no matter how many cosy nights they spend in front of the TV, Doakes is still watching.</p> <p>Then a body turns up, horribly mutilated and barely alive. It's the work of a torturer extraordinaire - a man who abducts his victims and keeps them alive for weeks while he performs his hideous operations. To trap the torturer, Doakes and Dexter will have to work together, if they can trust each other. It's a devil's pact and one of them will have to be the bait...</p> <p>Furiously fast, funny and thrilling, DEARLY DEVOTED DEXTER proves what the critics have been saying: Dexter Morgan is one of the most engaging new characters in contemporary crime fiction.</p>

As his colleague Sergeant Doakes grows suspicious, Dexter is forced to lie low, slipping deep into domestic bliss. He says all the right things to his girfriend and plays Kick the Can with her two children, but Dexter can only hide his true self for so long. The fiend inside him is calling out, ready to be unleashed. When a new psychopath begins slashing his way through Miami, the temptation becomes too much to bear.

Fiction's most lovable serial killer returns in a hilarious follow-up to Lindsay's popular first novel, Darkly Dreaming Dexter. Dexter Morgan, a Miami P.D. blood splatter analyst and ethical serial killer, is in a funk: his police department arch-nemesis, Captain Doakes, who rightly believes that Dexter is guilty of illegal behavior, is shadowing him. Unable to satisfy his hunger for killing, Dexter must resort to playing the role of a normal human, spending countless hours with girlfriend Rita and her children. So when a new serial killer with Doakes on his list arrives in Miami, Dexter is excited. Not only does he get to hunt a fellow hunter, but he also sees the opportunity to be rid of Doakes. The only thing worrying him is the involvement of his sister, since she's the only person for whom Dexter has feelings. Everything works in this one, especially the scenes depicting Dexter and his not-quite domestic bliss. There's plenty of graphic violence and dark humor, but Lindsay manages to retain a light edge. Recommended for all public libraries. [See Prepub Alert, LJ 3/1/05.]-Craig Shufelt, Lane P.L., Oxford, OH (c) Copyright 2010. Library Journals LLC, a wholly owned subsidiary of Media Source, Inc. No redistribution permitted.

Forensic blood-spatter analyst Dexter Morgan is a nice guy who enjoys his job, but what he'd rather be doing is killing people. In this follow-up to 2001's Darkly Dreaming Dexter, Dexter is kept from his games of "slice the slasher" (he kills only murderers and pedophiles) by a suspicious Sergeant Doakes. Luckily for listeners, Dexter still finds a way to engage in his grim specialty when a fiendish "doctor" comes to town and leaves his victims brutally butchered, yet alive and crippled. Landrum, who is also an accomplished songwriter, hits all the right notes in this superb audio production, flawlessly matching the sarcastic and sinister tones of the novel. At times lighthearted and good-natured, Landrum's first-person narration of Dexter truly makes the character come alive. His transitions between character voices are perfectly consistent-he handles cocky men, grizzled veterans, tough female cops and demure women with equal flair, including a wonderfully quirky and disturbing voice for the novel's villain. Dexter is the most darkly charming and compelling serial killer since Hannibal Lecter, and this production is a sure-fire candidate for audiobook of the year. Simultaneous release with the Doubleday hardcover (Reviews, May 23). (July) (c) Copyright PWxyz, LLC. All rights reserved

Dexter, your friendly neighborhood serial killer, is a police department blood-spatter expert who, in his spare time, kills people. Not just anyone, you understand--he only kills other killers, people whom he believes deserve it. Is this because Dexter really has a heart of gold? No, he's a monster (he is the first to admit it), but at least he tries to steer his evil into productive channels. In the second of Lindsay's alliteratively titled thrillers (following last year's Darkly Dreaming Dexter), Dexter's nemesis, Sergeant Doakes, is getting a little too close for comfort, and there is also the matter of a psychopath on the loose. When Dexter's two problems eventually link up . . . well, what's a well-meaning homicidal maniac to do? Dexter, the cheerfully sociopathic crime fighter, is one of mystery fiction's most original, compelling, and oddly endearing heroes. Lindsay digs a little deeper under Dexter's surface this time, showing us a little more about what makes him tick, but readers shouldn't worry. There are volumes still to be written about this gruesomely fascinating character. --David Pitt Copyright 2005 Booklist

A second outing for Dexter Morgan, the sociopathic blood-spatter analyst who helps the Miami Police Department catch bad guys when he's not busy killing them himself (Darkly Dreaming Dexter, 2004). Someone took his time with Salvadoran importer Manuel Borges, maybe four to six weeks. By the time the Miami cops discovered his torso--shorn of hair, tongue, lips and limbs, incapable of speech or thought but not dead--some of his earlier do-it-yourself surgeries had actually healed. Fastidious Dexter, who admits that "I do not like blood" even though he makes a living from it, would like nothing better than to clear the case so he can get on with his current project: murdering Steve Reiker, the pedophile children's photographer whose homicidal accomplice Dexter's already executed. But the breaks don't go Dexter's way. First, the case is snatched from the Miami cops by mysterious Beltway heavy-hitter Kyle Chutsky, a former Special Forces colleague of Dexter's nemesis, Sgt. Albert Doakes; then Chutsky himself is snatched and his finger sent to Dexter's sister, Sgt. Deborah Morgan, who's gone sweet on the lug; and Dexter realizes that he's up against nothing less than a serial killer. When will he get his own chance to shine? Not, sad to say, till the very last pages, though he does do yeoman's sleuthing work on the uncompelling mystery. While he's waiting to kill, however, Dexter is never less than brainy, witty and macabre. Copyright ©Kirkus Reviews, used with permission.
More book reviews at iDreamBooks.com