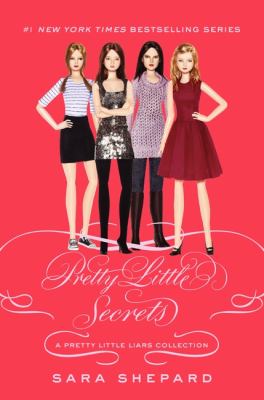 Rule number one of being an effective stalker: get to know your prey, the trouble they get into, the messes they make, and the secrets they keep. Hanna's desperate for a very personal session with her gym trainer. Emily is number one on Santa's naughty list. Aria's old flame from Iceland is about to land her in hot water. And Spencer's resorting to some backhanded tactics to get what she wants.

This collection takes place between the fourth and fifth books of the long-running series (making anachronisms, like iPads, perplexing). Each of the four stories chronicles a Pretty Little Liar's misdeeds over junior-year winter break; three revolve around guys. There's no suspense or mystery, but fans awaiting the next installment will enjoy delving further into the minds of these well-established characters. (c) Copyright 2012. The Horn Book, Inc., a wholly owned subsidiary of Media Source, Inc. No redistribution permitted.
More book reviews at iDreamBooks.com