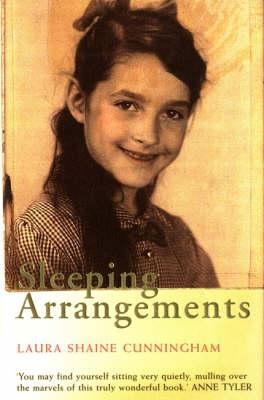 The magical memoir of Lily Shaine, an orphan brought up by her two eccentric bachelor uncles

"A portion of this book was originally published in the New Yorker"--T.p. verso.

"Portions of this book were based on Hers columns by Laura Cunningham"--T.p. verso.

This is Cunningham's humorous memoir about growing up in an extremely unusual Bronx household in the 1950s. The 1989 book garnered wonderful reviews from fellow authors and critics and should charm new readers. (c) Copyright 2010. Library Journals LLC, a wholly owned subsidiary of Media Source, Inc. No redistribution permitted.

Adopted by her two eccentric bachelor uncles after her mother's death, the author describes growing up in an unorthodox but happy Bronx household during the 1950s. ``In an effective memoir that delineates a real, if idiosyncratic, world, Cunningham captures a special slice of New York with humor and integrity,'' observed PW. (Jan.) (c) Copyright PWxyz, LLC. All rights reserved

In her comic and painful memoir, Cunningham is frank about childhood cruelty and eroticism as well as about the haven she found with the two loving, eccentric uncles who raised her.

A superbly crafted, offbeat memoir from novelist Cunningham (Third Parties, Sweet Nothings), fondly recollecting a girlhood spent in the Bronx during the 50's. As a young girl encouraged by her unmarried mother, ""Lily"" spins fictions of an absent father fighting overseas long after the war has ended. When her mother dies suddenly, rupturing the bond fostered between the two in their cramped apartment across from Yankee Stadium, Lily is joined by her kooky uncles: Len, a ""cross between Sam Spade and President Lincoln,"" and Gabe, a deeply religious man who composes ditzy songs that he's prone to deliver at full tilt. Bachelors in their 40s with little experience with housekeeping, Len and Gabe throw themselves into the task with admirable if misguided zeal. Charged with cooking, which he performs in chef's hat or pith helmet depending on the weather, Len serves such imaginative breakfast fare as tuna croquettes, baked beans, and popcorn. Then along comes ""Etka from Minsk,"" Lily's grandmother, who clips unwanted relatives from family photos and pilfers the girl's clothing and jewelry, and the family is complete. Other lovable portraits emerge--of Lily's sexually precocious and inappropriately named friend Diana, who stubbornly and jealously wears a sister's first communion dress for months on end, looking like ""a soiled, miniature bride""; and of ""El Beasto,"" a sour-breathed fifth-grade teacher who pays a ""home visit"" that forces a mortified Lily to view her oddball relations from an outsider's perspective for the first time. Extraordinary and yet surprisingly close to home, these portraits, along with evocations of a ""torture vacation"" at camp and petty schoolyard humiliations, distill the essence of a child's innocence and anguish. A delightful, affectionate, and moving remembrance for Cunningham veterans and newcomers alike. Copyright ©Kirkus Reviews, used with permission.
More book reviews at iDreamBooks.com