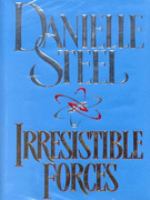 Subject: Meredith and Steve struggle with their marriage as their jobs have them on opposite sides of America
Fiction notes: Click to open in new window
Total holds: 0

Two unreviewed blockbusters. No galley was submitted for the Steel; the one for Crichton was received late, accompanied by an embargo notice. Well, at least King's publisher hasn't taken to diversionary tactics. Yet. --Bonnie Smothers