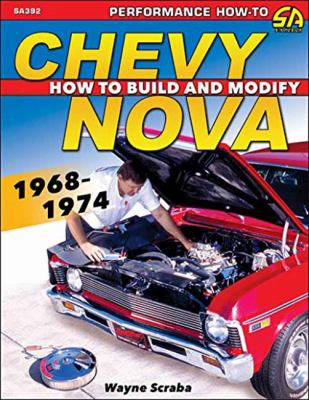 Learn how to build a killer 1968-1974 Chevy Nova for the street or strip from veteran author and Chevy expert Wayne Scraba.

There was a time when the Chevrolet Nova was considered a budget option, a model engineered primarily for the price-conscious customer. Certainly, performance models were already in Chevrolet's fold. With the Camaro, the Corvette, and the Chevelle leading the way, why would Chevy need another performance model? Well, savvy Chevy customers knew that you could get a really tricked-out Nova right from the factory with SS packages and big-block 396 engines along with performance transmissions and gearing for a fair amount less than an equally equipped Camaro. As a bonus, Novas were lighter weight too. It was the performance bargain of the Chevy lineup.

Fast forward to today. The first-generation Camaros cost a small fortune, and while Novas have held their value quite well, they are still a performance bargain compared to the other Chevy performance models of the era. Not only are they more affordable than Camaros, but you can do a whole lot to make them really fast.

Focusing on quarter-mile performance, Wayne expertly covers all of your options for a strong-running street Nova, a street-strip combo package, or all-out drag racing options. If you want to build your Nova into a quarter-mile warrior, this book is an essential tool for success.