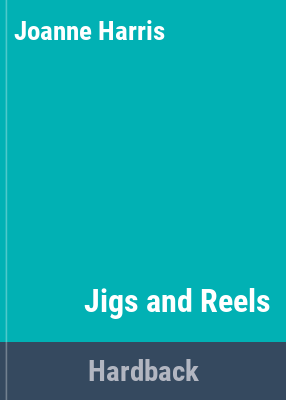 Harris, author of the bestsellers Chocolat and Holy Fools, delivers 22 sharp and wickedly provocative stories. In "Faith and Hope Go Shopping," two elderly women dream of escaping their nursing home and trading in their leatherette slip-ons for the perfect pair of Jimmy Choos. The narrator of "A Place in the Sun" goes to desperate lengths to penetrate the all-exclusive Platinum Sands beach, from which everyone but the "infinitely sexy, ultimately desirable" is barred. In "The Ugly Sister," Harris casts one of Cinderella's stepsisters in a sympathetic light, bringing an equally notorious and misunderstood fairy tale character into the picture to steal her heart. The protagonist of "Come in, Mr. Lowry, Your Number Is Up!" wins the lottery and spends his money recklessly only to discover that the ominous thing he truly wants he cannot buy. And when Angela K, the 29-year-old society columnist of "Hello, Goodbye" covers a celebrity funeral, she comes to understand the bizarre attraction of death and the twisted emotions that often accompany it. With themes ranging from ageism to magic and the harrowing intricacies of relationships, Harris's varied tales capture and magnify our hopes and flaws. Agent, Howard Morhaim. (Sept.) Forecast: Known for her sensual food-centered tales-though Holy Fools dabbled in darker waters-Harris makes a sharp turn into the frothy and clever; this may dismay some old fans, but win her new ones. (c) Copyright PWxyz, LLC. All rights reserved

The popular author of Chocolat0 (1999) and Five Quarters of the Orange 0 (2001) is best known for her sensual descriptions of food and her pleasing portraits of small-town life in France. Fans who pick up this collection of 22 short stories will be surprised at the new directions Harris explores here. Very brief stories prefaced by one- or two-sentence explanations of their origins reveal Harris' tart take on working out at the gym ("not my favorite place") or cosmetic surgery. Others, more fantastical in nature, ponder what would happen if an author ended up in a room with the characters from manuscripts long left unfinished or the plight of a monster who lures victims by setting up elaborate role-playing games. Also included is an impassioned retelling of the Cinderella story from the ugly stepsister's viewpoint and a tale about a young wife who discovers that the recipes in her mother-in-law's treasured if musty cookbook often have unintended consequences. It's possible that staunch Harris fans will be put off by her dark and fanciful tales because they are so unlike her mainstream fiction. Some of the stories, as well, seem to be more tossed off than fleshed out. Still, these inventive, darkly humorous pieces might intrigue readers looking for something entirely different. --Joanne Wilkinson Copyright 2004 Booklist

A debut collection of 22 silly and predictable stories. Only one comes even close to the level of the least of Harris's five novels (Holy Fools, 2004, etc.). Introduced by irritatingly chatty author's notes ("I got the idea for this story on a Saturday morning"), the pieces are mostly monologues by trendy folk, too often depending upon sophomoric satire rather than plot, character, theme, or language. In "Fish," the snobbish bride at dinner on a Naples honeymoon is on a vegetarian, lactose-intolerant, wheat-free diet; the groom ends up seduced by the culinary orgy offered by the proprietress. "Hello, Goodbye" is narrated by Angela K, a columnist for Goodbye! magazine covering a celebrity funeral that ends up coming too close to home when her own bumpkin parents show up to give eulogies. It turns out the deceased is her sister, a fashion model dead from an eating disorder, a bit of information neglected until the trick ending. "Al and Christine's World of Leather" puts Christine and Al, who met at a Weight Watchers meeting, in business, she sewing various leather garments, he selling them. Meanwhile, Christine's husband Jack begins spending three hours a night with his and Christine's best friend, making use of the mysterious leatherwear ("Poor stupid Christine, thinks it's dancewear, wouldn't know a dildo if she saw one"). Christine gets her expected revenge. Only "Waiting for Gandalf" moves beyond surface, reaching a level of empathy lacking in the rest. For 30 years, a geography teacher known to his students as "Sad Smith" has been a regular in a Saturday night woodland adventure with a group of live-action role-players. He's usually a monster, but sometimes the referee for the others. One week, when he has rounded up a group of university students as "sword fodder," things go horribly wrong, and Old Smithy loses control. Sadly, missing the usual sensual delights of Harris's work. Copyright ©Kirkus Reviews, used with permission.
More book reviews at iDreamBooks.com