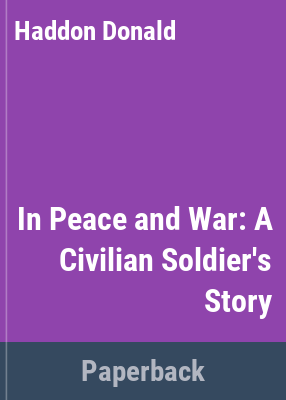 Haddon Donald writes grippingly about the Second World War which he started as as young second-lieutenant and ended as a much decorated lieutenant colonel after Crete, North Africa, Cassino and the surrender of the German forces in Italy. He led from the front, shot down a German troop plane, was injured four times. He reflects on tactics, the reputations of leading commanders, why New Zealand soldiers were respected by allies and feared by the enemy, and how the mixture of upbringing and genes made him, a volunteer, so successful in the soldiering business.