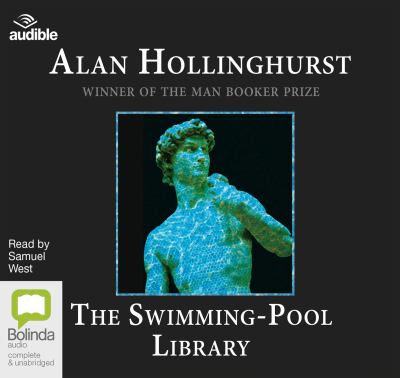 Read by Samuel West.Summary: This novel centres on the friendship of William Beckwith, a young gay aristocrat who leads a life of privilege and promiscuity, and the elderly Lord Nantwich, who is searching for someone to write his biography.
Total holds: 0

This novel centres on the friendship of William Beckwith, a young gay aristocrat who leads a life of privilege and promiscuity, and the elderly Lord Nantwich, who is searching for someone to write his biography.

This novel created quite a stir in Britain and will probably do so herefor it minces no words in providing a realistic glimpse of the gay lifestyle in pre-AIDS London. Yet the approach is much more ``literary'' than sensational, the author masterfully re-creating a sense of time and place and the social and cultural milieu in which gay men operated. The occasionally graphic descriptions of sex will likely upset some readers, but for most the aura of unselfconscious eroticism will provide a sense of authenticity that only adds to its impact. Still, this is not a nostalgia piece; the author clearly understands that the freedom to satisfy lust often interferes with the ability to find fulfillment and love. Perceptive and well written; belongs in most academic and public libraries. David W. Henderson, Eckered Coll. Lib., St. Petersburg, Fla. (c) Copyright 2010. Library Journals LLC, a wholly owned subsidiary of Media Source, Inc. No redistribution permitted.

On entering a London public lavatory in blithe pursuit of quick, anonymous sex, beautiful and roguish young aristocrat William Beckwith isconfronted instead with an ancient, doddering member of the British House of Lords who, after muttering an incoherent string of polite non sequiturs, promptly keels over at his feet in embarrassed but undeniable coronary arrest. After saving the old man's life, Will is invited to tea by the grateful and slightly senile Lord Nantwich, who, surprised by Will's impressive lineage and appalled at his state of idle unemployment, engages the young man to write the Nantwich life story. Thus begins the unusual relationship that forms the core of this funny, sad and beautifully written novel. The Swimming Pool Library weaves a rich and fascinating tapestry of Britain's gay subculture spanning pre-World War I through the sexually abandoned early '80s, stopping short at the doorstep of AIDS. Hollinghurst's prose is fresh, witty and wise, and his ever-surprising, sinuously unfurling story is told with insouciant grace and unabashed sexuality. BOMC and QPBC alternates. (September) . (c) Copyright PWxyz, LLC. All rights reserved

A literary gay novel from England that contrasts the uninhibited pre-AIDS sex scene with gay life of earlier decades; the author is deputy editor of the Times Literary Supplement. London, 1983: not a whisper about mysterious diseases ravaging gay men. Narrator Will Beckwith is a beautiful 25-year-old, supported by his doting grandfather (Viscount Beckwith) and dividing his time between his largely gay gym and discos. During these summer months, Will has two lovers: Arthur, poor and black, who vanishes soon after accidentally killing a drug-dealer in a fight offstage; and Phil, a hotel-waiter, who works out at Will's gym. ""Both of them were teenagers over whom I had taken many advantages."" Chronically unfaithful, Will continues to have casual sex, often fast and brutal; there are set-pieces devoted to a gay movie theater and a wild disco. A different perspective comes from Charles Natwich, an 83-year-old ""queer peer"" who has become involved with Will after the younger man saves his life by administering CPR. Lengthy excerpts from Charles' diaries (he is hoping Will will write his biography) reveal a gay subculture that was both more furtive and more idealistic; Ronald Firbank is invoked as an icon. This is a novel without a storyline, but with one late-arriving twist: Charles had once been imprisoned, victim of a campaign by Will's grandfather, then a high-ranking bureaucrat, ""to eradicate male vice."" A debut that is both surprisingly bold and surprisingly evasive. The boldness is in the unabashed, graphic sex; Hollinghurst has captured exactly an ambiance permeated by sexual longing and sexual opportunity. But he is evasive in his treatment of the vain, irresponsible, and self-deluding Will; we expect that such an unlikable protagonist should get, if not his comeuppance, a much bigger push towards self-knowledge. Still, promising work overall. Copyright ©Kirkus Reviews, used with permission.
More book reviews at iDreamBooks.com