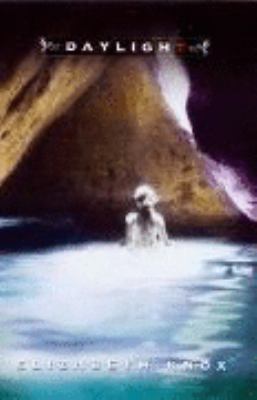 Brian "Bad" Phelan, New Zealander and bomb disposal expert, likes to live dangerously. While on vacation on the French/Italian border in 2001, he helps to bring a body out of a rocky, wave-swept cove. The dead woman bears striking similarities to a young woman he met years ago, under mysterious circumstances, shortly before she disappeared in a flooded French cave. Bad is compelled to investigate. Jesuit Father Daniel Octave is making his own investigation, into the truth behind the story of the life of the Blessed Martine Raimondi, a WWII resistance heroine and martyred nun. Bad and Daniel's questions lead them to Eve, the beautiful widow of a celebrated French artist, and to Dawn, Eve's twin sister, who seems to be a vampire. For, though they don't know it, Bad and Daniel are looking for the same thing - a secret family. Sensuous and heavenly, DAYLIGHT combines Elizabeth Knox's greatest gifts, her wildly imaginative storytelling and her clear eye for atmosphere and place. The vampires of DAYLIGHT are distinctly Knoxian, intriguing and intelligently drawn.

Saint or vampire? The identity of the Blessed Martine Raimondi, a French nun murdered by the Nazis in 1944 for her part in the daring cave escape of rebel partisans, is only one question answered in this illuminating tour-de-force set in the south of France from New Zealander Knox (Billie's Kiss). Another puzzle is Martine Dardo, the suspected daughter of the nun. Brian "Bad" Phelan, a New South Wales bomb tech and expert "caver" on paid injury leave, helps retrieve Martine's blistered corpse outside a cave near the Italian border and discovers she bears a shocking resemblance to a woman he'd encountered years before in another flooded cave. He's further struck by Martine's resemblance to Eve Moskelute, the subject of a painting by Jean Ares, her Picasso-esque deceased husband. The author constructs an impressive mystery that dissects the meaning of miracles while putting a fresh spin on the vampire archetype, with her creation of Lou Ila, an 18th-century Provenal journeyman/artist vampire, on a par with the best Anne Rice has to offer. Bad seeks out Eve, who not only knew Martine but has a "dead" twin, Dawn, accidentally "turned" by Ila when he mistook her for Eve. This multi-layered dazzler also includes the unforgettable Father Daniel Octave, who hopes his investigation into the "miracles" surrounding the Blessed Martine will result in her canonization but instead leads into Ila's dark world and the disturbing discovery that the vampire is "a sign... and so belonged to God." (Apr. 1) (c) Copyright PWxyz, LLC. All rights reserved

Policeman Brian Phelps, known as "Bad," is on vacation with his girlfriend when he volunteers to help retrieve a body discovered in an Italian cove. The dead woman is Martine Dardo, the possible daughter of a beatified nun, Martine Raimondi, and she strongly resembles a woman who once rescued Bad from a flood in a cave he was exploring. Leaving his girlfriend behind, Bad seeks out Eve Moskelute, the widow of a famous artist and Martine's best friend. Daniel Octave, a priest, was the last person to speak to Dardo, and he too is seeking answers. Bad gets his answer when, led by Octave, he tours the underground caves Raimondi once used to save a group of unjustly condemned men. There he spots the woman who rescued him in the cave, Dawn Moskelute, Eve's twin, who looks three decades younger than her sister and who accosts Bad, initiating him into her dark world of vampirism. To turn Bad into a vampire, however, Dawn needs the help of an older vampire, Lou Ila, who is becoming disillusioned with the vampire life. Meanwhile, Octave continues to pursue the mystery of Dardo, trying to understand her connection to Raimondi. Vibrant, multifaceted characters and a spellbinding mystery make Daylight utterly engrossing, utterly satisfying. --Kristine Huntley

If Anne Rice, Patrick White, and David Lynch had gotten together (unlikely, but think of the possibilities), they might have had a few drinks and concocted something like this crazily overstuffed fourth novel from the New Zealand author (Billie's Kiss, 2002, etc.). Call it magical realism noir. For mysteries begin proliferating when Australian policeman Brian "Bad" Phelan, recovering on vacation near the French-Italian border from injuries sustained while defusing a bomb, helps retrieve a drowned woman's body from a sea cave--and notices her identical resemblance to a woman he'd met years before, in disturbingly similar circumstances. Things go quickly from bad to worse. The embattled cop seeks information about the dead woman, Martine Dardo, possibly the daughter of Blessed Mother Martine Raimondi, a heroine of WWII's Italian partisans murdered by the Nazis. Even more confusing appearances (magnified by Knox's turgid conflations of past with present) are made by Father Daniel Octave, who's investigating Raimondi's qualifications for sainthood; scholar Eve Moskelutz (whose specialty is the libidinous aristocrat Marquis de Chambord, author of the popular romance Daylight); the widow of noted painter Jean Ares; Eve's twin sister Dawn, a frequently unclad seductress who enjoys biting other people's tongues; the decapitated body of a former beneficiary of one of Mother Martine's "miracles"; and a soulful vampire named Lou Ila, who knows the secrets most of these folks and their acquaintances and lovers have been concealing for years (if not centuries). This bizarre narrative impasto, at times as entertaining as it is certifiably insane, eventually does reach a resolution of sorts, but it doesn't make a whole lot of sense--not that the battle-fatigued reader really expects it to. Compared with this, Knox's earlier fictional premises (a mortal's love affair with an angel, for example) seem like kitchen-sink realism. What's next? Waltzing Matilda as a punk priestess of Ishtar? Copyright ©Kirkus Reviews, used with permission.
More book reviews at iDreamBooks.com