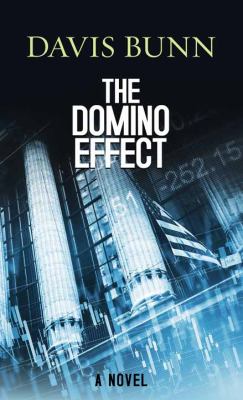 | Financial crises -- FictionGenre/Form: Christian fiction. | Religious fiction. | Thrillers (Fiction) | Large type books.DDC classification: 813/.54 Summary: "Risk analyst Esther Harding has uncovered a conspiracy with the potential to devastate the world's financial markets! But when she sounds the alarm, she wonders who will believe her. As public support grows for her ideas, so does the desperation of those whose greed she seeks to expose"-- Provided by publisher.
List(s) this item appears in: Christian Fiction
Tags from this library: No tags from this library for this title. Log in to add tags.
Fiction notes: Click to open in new window

Esther Larsen, a top risk analyst at one of the country's largest banking institutions, is becoming more and more convinced that she has uncovered a ticking bomb with the potential to make the 2008 market crash look minor by comparison. And as her own employer pursues "investment" strategies with ever-increasing levels of risk, she becomes convinced she must do something. But Esther is only one person; can she stand up to an international conspiracy of greed? And if she does, will anyone take her seriously?

"Risk analyst Esther Harding has uncovered a conspiracy with the potential to devastate the world's financial markets! But when she sounds the alarm, she wonders who will believe her. As public support grows for her ideas, so does the desperation of those whose greed she seeks to expose"-- Provided by publisher.

Esther Larsen, a risk analyst for the Carolina First Mercantile Bank in Charlotte, NC, finds herself at the heart of an insider trading conspiracy. Ordered by her boss Jason to remain mute on specific high-risk investments, Esther suspects that he is part of a scheme to manipulate the system. If it succeeds, an elite group of corrupt businessmen stand to make billions while the rest of the world is hurled toward economic collapse. Fearing the worst, Esther devises a strategy to neutralize Jason's efforts. However, she must overcome painful events from her past and rely on strangers for the plan to work. Bunn presents a compelling interpretation of what can happen to the world's economy when the wrong forces come together at the same time. Gabra Zackman's style and diction are flawless and easy to listen to. Her vocal skill defines each character and lends credence to the reader's imagination. VERDICT A clean, intricate story line for fans of Christian fiction. The lengthy in-character explanations might deter readers who don't understand the highly detailed financial constructs that make up the basis of the story. ["A stylistically complex work that lends itself to a variety of audiences, from Bible study groups to fans of financial thrillers": LJ 9/1/16 starred review of the Bethany hc.]-JoAnn Funderburk, Rowlett, TX © Copyright 2017. Library Journals LLC, a wholly owned subsidiary of Media Source, Inc. No redistribution permitted.

Bunn (The Patmos Deception) transforms this novel, which begins as a gripping financial thriller, into little more than a flimsy romantic fairy tale, piling unlikely event upon unlikely event. Esther Larsen's success as a risk analyst for Carolina First Mercantile, an enormous bank based in Charlotte, N.C., has come at the cost of any meaningful interactions with others. Her need for her salary to support her gravely ill brother, Nathan, leads her to stay quiet when her supervisor proposes a risky transaction that could net CFM at least $100 million in just days. Despite her concerns that the bank is engaging in Enron-like ventures, Esther keeps her worries to herself. That changes after she's fixed up with an attractive divinity student, Craig Wessex, who, in one of the plot's many coincidences, turns out to be the same man she recently saw sitting by Nathan's hospital bedside. Esther soon opens her heart to connecting with others while simultaneously becoming a crusader against reckless bankers whose greed threatens the global economy. The author's ability to make the financial aspects accessible doesn't compensate for an increasingly cloying story line. (Sept.) © Copyright PWxyz, LLC. All rights reserved.
More book reviews at iDreamBooks.com