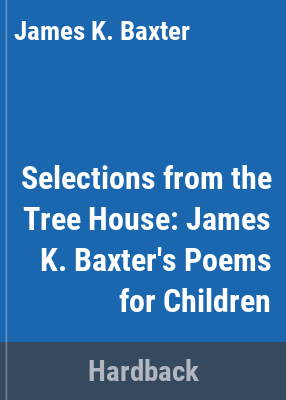 Limited hardcover edition of poems for children by James K Baxter, reprinted to mark the anniversary of his death thirty years ago in October 1972. Compiled and illustrated by Eleanor Fearn this is the first illustrated edition of Baxter's work for children. Baxter originally wrote these poems to entertain his unruly students during a brief period of primary school teaching.

Poems selected from: The tree house and other poems for children. Wellington, N.Z. : Price Milburn, 1974.