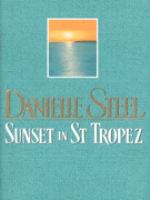 As Diana Morrison laid the table for six at her elegant Central Park apartment, there was no warning of what was to come. Spending New Year's Eve together was a sacred tradition for Diana, her husband of thirty-two years, Eric, and their best friends, Pascale and John Donnally and Anne and Robert Smith. The future looked rosy as the long-time friends sipped champagne and talked of renting a villa together in the South of France the following summer. But life had other plans... Just two weeks after New Year's, tragedy strikes the heart of their close circle, as Robert Smith suffers a sudden, unexpected loss. Without hesitation, Diana and Eric, Pascale and John rally to his side, united in their support, love, and shared grief. Convinced that a change of scenery is just what Robert needs, they urge him to join them on the Riviera in August. But as they soon discover, the ramshackle old mansion they rented in St. Tropez - sight unseen - is far different from the exquisite villa and sun-drenched gardens touted in the brochure. Cobwebs hang from the celling. Beds collapse beneath them. All while a would-be housekeeper in a leopard-skin bikini and six-inch heels sashays through the house

When Robert Smith's wife dies, some longtime friends decide to spirit him away for a little vacation. They just didn't expect the villa they rented to be such a dump and that Robert would arrive with a gorgeous young film star in tow. (c) Copyright 2010. Library Journals LLC, a wholly owned subsidiary of Media Source, Inc. No redistribution permitted.

A long-planned vacation in St. Tropez goes wrong in any number of ways in this latest platinum-frosted amusement by Steel. Three pairs of friends in their 50s and 60s decide to spend a month together in the south of France, but before the trip, tragedy strikes two of the couples. Judge Robert Smith loses his beloved wife, Anne, and Diana Morrison discovers that her obstetrician husband, Eric, is having an affair with a much younger patient, though Diana's "minor cosmetic surgery... had knocked ten years off her age." John Donnally, an irascible investment banker, and his French wife, Pascale, a former ballerina, try to do what they can to keep everyone's spirits up. The friends eventually convene in St. Tropez, but the house that looked so perfect in the marketing photos is far from what they expected, and it takes Herculean effort by Pascale and the eccentric caretakers to get it up to snuff. Robert has a new love interest visit, though it is only seven months since his wife's death, and she, to the chagrin of the ladies, is an actress many years his junior. Will the friends' relationship survive these changes? The answer is a foregone conclusion, and the frills and froth of the packaging can't quite conceal the silliness of some of the goings-on, but Steel fans will lap this up. (July) Forecast: This is perfect for Riviera vacationers and even better for beachgoers on the Jersey shore. Expect champagne sales, of course. (c) Copyright PWxyz, LLC. All rights reserved

In her latest novel, Steel delivers yet another "lite reading" gem that her fans will eagerly devour. Here we meet three seemingly perfect couples, all in their late 50s or early 60s, all wealthy New Yorkers, all looking a great dealer younger than their ages and involved in mutually respectful long-term relationships. It is only when these six longtime friends begin planning a summer vacation together in St. Tropez that the soap-opera elements of the story kick in. Shortly before the vacation begins, one of the women dies of a heart attack, and the other women are scandalized when her supposedly grieving husband brings along a hot, young movie star in his wife's stead. Another scandal soon unfolds as another husband is revealed to be having an affair with a much younger woman. In addition, the house the group has rented (sight unseen) turns out to be a dump and comes complete with two very strange caretakers, who lend a bit of comic relief to the high drama all around them. As the vacation progresses, the relationships of all of the couples change and evolve in unexpected ways. This brief, easy read will likely be a popular beach book, so librarians should stock up. --Kathleen Hughes

A life-changing vacation on the French Riviera. As they have for decades, three couples gather on New Year's Eve in New York for a private celebration: Anne and Robert Smith, Pascal and John Donnally, Diana and Eric Morrison. All are well-groomed and well-behaved, happy in decades-old traditional marriages. No indecorous striving for these wives: they work for charity, or on behalf of battered women. Pascal is French, an ex-ballerina who still longs for the child she will never have (brusque businessman husband John has always refused to consider adoption). Diane is the perfect doctor's wife, and handsome ob/gyn Eric is the perfect doctor (though she doesn't know he's having an affair). The group plans to rent a villa in St. Tropez for a sun-kissed holiday--until Anne has a heart attack and dies. (The arrangements are made by a "prestigious funeral parlor that had taken care of New Yorkers for years, even some as illustrious as Judy Garland.") Robert is grief-stricken, adrift on the empty sea of life, until he starts keeping company with a 30-year-old movie star, glamorous Gwen. Aghast, the other women make plans to save him from her youthful clutches by spiriting him away to the south of France. Alas, the villa is barely habitable and the comically pudgy live-in maid wears short-shorts and stiletto heels--and just will not dust. What to do? They might even have to rent a yacht. Then Gwen shows up and makes friends with one and all. She isn't movie-starish in the least! She even blames herself for her philandering husband's suicide. She also saves John, who likes to smoke cigars and chomp blood sausage at the same time, from choking (detailed description of the Heimlich maneuver is provided). To her utter delight, Pascal becomes pregnant. Eric gives up his ladylove and once more vows to be faithful to darling Diana. Fatuous to a fault, sure to sell in the millions. Copyright ©Kirkus Reviews, used with permission.