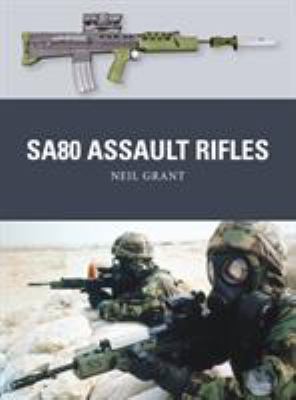 Now the standard weapon for British soldiers across the globe, the SA80's early years were surrounded in controversy after a series of dismal performances. It was prone to jamming in desert conditions, had several flimsy parts that would often break after repeated use and had an incredibly sensitive magazine catch. When these issues came to light the SA80 was lambasted by the news, leading to the Ministry of Defence ordering an extensive modification programme that dramatically improved reliability.
Combat accounts and in-depth analysis of the SA80's performance in Kosovo, Sierra Leone, Afghanistan and Iraq guide the reader through its troubled life, while vivid artwork helps to illustrate the transformation it underwent; from an unreliable rifle disliked by the soldiers who used it to being one of the world's most innovative and accurate small arms.