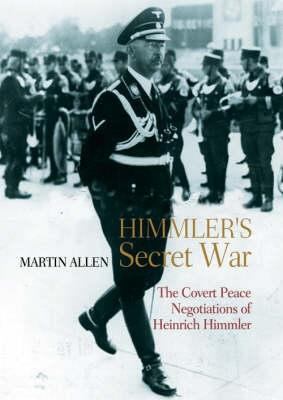 Ever since the end of the Second World War, the name of Heinrich Himmler - the pedantic fanatic who was responsible more than any other man for the murder of millions in the name of racial purity - has been synonymous with all that was evil in Nazi Germany. Yet there was far more to Himmler's character than being Germany's Reichfuhrer-SS. Martin Allen's access to previously reticent individuals including several top Nazis and Himmler's daughter, in conjunction with newly discovered documents in British and American archives, has revealed a remarkable story with numerous explosive revelations. Martin Allen has not only informed the life of Himmler with startling new facts and perspectives, he presents the entire Nazi command in a totally new light, in which Hitler was often manipulated and sometimes sidelined. an intermediary he was in direct contact with Winston Churchill, and is linked to the bomb that nearly killed Hitler in 1944, a decision to largely halt the mass exxtermination of Jews from Autumn 1944, and the surrender of all German forces in northern Italy and other events which reduced the length of the war. Most dramatic of all is previously unseen evidence that sheds new light on the circumstances of Himmler's death.