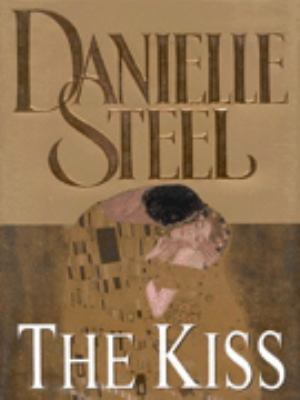 DDC classification: 813.54
Contents:
Isabelle and Bill are both trapped in empty marriages, their telephone relationship their only respite from the loneliness and heartache. When they finally meet in London a horrific car crash changes their lives forever, as they traverse the long road to recovery of the body and heart.
Summary: Trapped in a loveless marriage, Frenchwoman Isabelle cares for her daughter and dangerously ill son while pursuing a secret friendship with American power broker Bill Robinson, until a car accident tests their growing love.
Fiction notes: Click to open in new window
Total holds: 0

Isabelle and Bill are both trapped in empty marriages, their telephone relationship their only respite from the loneliness and heartache. When they finally meet in London a horrific car crash changes their lives forever, as they traverse the long road to recovery of the body and heart.

Isabelle and Bill are both trapped in empty marriages, their telephone relationship their only respite from the loneliness and heartache. When they finally meet in London a horrific car crash changes their lives forever, as they traverse the long road to recovery of the body and heart.

Trapped in a loveless marriage, Frenchwoman Isabelle cares for her daughter and dangerously ill son while pursuing a secret friendship with American power broker Bill Robinson, until a car accident tests their growing love.

Ignored by her Parisian banker husband, the beautiful Isabelle indulges in a long-distance friendship via telephone with an American man. But of course all won't go well when they finally meet: at first kiss, their limo is totaled by a bus. (c) Copyright 2010. Library Journals LLC, a wholly owned subsidiary of Media Source, Inc. No redistribution permitted.

First kisses are often explosive, but not all are quite as disaster-ridden as the one that propels Steel's latest romance. Isabelle Forrester, elegant and refined wife of cold and indifferent Paris-based banker Gordon Forrester, has spent most of her marriage caring for her desperately ill teenage son, Teddy. Isolated in her Paris home, Isabelle's only comfort is her long-distance friendship with millionaire Washington power broker Bill Robinson, also stuck in an empty marriage. Isabelle and Bill, kindred spirits satisfied with their chaste relationship, agree to meet for a few platonic days in London. Following an enchanting evening on the town, they head back to their hotel in Bill's limousine. As the couple share their first, probing kiss, their car is struck by a speeding, double-decker bus. The horrendous crash kills many and leaves both Isabelle and Bill in critical condition. The long and arduous road to recovery is filled with both physical and emotional pain as Bill must make decisions about his crumbling marriage and the future of his career, and Isabelle must confront bitter truths about her husband. From adjoining hospital beds, they pledge their love to one another, but then Isabelle heads back to Paris to tend her ailing son, and Bill returns to the States for a stay at a rehabilitation center where he hopes to regain use of his legs. Will Isabelle eventually leave her husband and reclaim her freedom? Will Bill ever walk again? Will the two soul mates ever be reunited? Despite the wacky unlikeliness of the bus-crash plot device and the his-and-her IVs, Steel pulls through with skillful plotting, steeping a gentle brew that will once again gratify her legions of fans. (Oct. 30) (c) Copyright PWxyz, LLC. All rights reserved

In her fifty-third novel, Steel doesn't deviate from her standard formula, yet she still manages to tell a fairly compelling love story. Isabelle Forrester is the unhappy wife of a coldhearted and distant Parisian banker. She has spent the last 14 years of her life caring for her invalid son and being ignored by her wealthy, socially prominent husband. Unable to bear the strain of her lonely, unhappy life, Isabelle strikes up an innocent friendship--conversing mostly by phone or mail--with American Bill Robinson. A Washington power broker, Robinson is also trapped in an unhappy marriage. The pair's relationship intensifies steadily until they finally agree to meet in London for a few passionate days. There they are involved in a serious car accident, which leaves them both in a coma, fighting for their lives. It is during their long period of recovery that their personal lives unravel even further, until it seems they will never be together. This is a Danielle Steel novel, however, so ultimately everything works out for the best. Her fans devour her books as fast as she can write them, and wise librarians will stock up. --Kathleen Hughes

Another morbid melodrama from Steel (Journey, 2000, etc.), this one featuring a lonely wife who finds love in the arms of another man. Isabelle Forrester has stayed married to Gordon, her loathsome investment banker husband, for the sake of her children: selfish Sophie, now off to college, and Teddy, a frail 14-year-old afflicted with an unnamed degenerative disease that will probably kill him before he's 20. Isabelle has been utterly devoted to Teddy, and he to her, since his premature birth. She hovers over him, sharing love and laughter and tender moments, even wheeling him out now and then to catch a ray of sunshine in her beautiful Paris garden. Bright-eyed Teddy (a Tiny Tim clone and model of winsome pathos in every way) keeps her happy. And of late, she has a confidant: powerful DC political consultant Bill Robinson. He shares Isabelle's interest in art, and their transatlantic phone chats mean so very, very much to her. Since Bill is faithful to iceberg wife Cynthia and Isabelle doesn't even mentally cheat on nasty, controlling Gordon, what harm could there be? When Bill invites Isabelle to spend a few days in London with him, she says yes. They visit the Tate Gallery, dance at Annabel's, swap tearjerker stories-and then tragedy strikes! Their limo driver slams into a bus while he watches them kiss. Isabelle and Bill are pried out of the wreckage, gravely injured and comatose. Will Bill's subsequent paralysis make him less of a man in Isabelle's eyes? (No.) Once she recovers, will Gordon let her go? (Certainly not.) Will Cynthia divorce Bill? (Yes.) Will Teddy die nobly in a haze of golden light and platitudes and finally set his long-suffering mother free? Does a bear . . . read Danielle Steel novels? The latest in a long, long line.
More book reviews at iDreamBooks.com