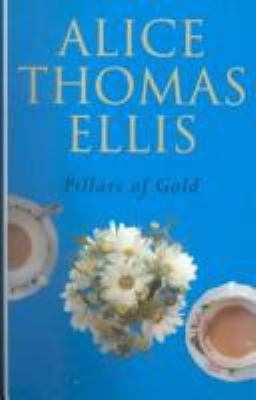 DDC classification: 823/.914 Summary: When Barbs goes missing her neighbours are in a quandary. Nobody was all that fond of her but Scarlet (who really only cares about her daughter Camille and her best friend, Constance) feels she should do something, while Constance is reluctand to involve the police for reasons of own.
Fiction notes: Click to open in new window
Total holds: 0

Despite their extravagant social consciences and their delight in domestic drama, none of her neighbors tries to find Barbs when she vanishes. Scarlet is busy keeping the peace between second husband Brian and adolescent daughter, Camille. Constance is busy trying to ditch Memet, he of the unexplained absences and compelling dinnertime charm. Meanwhile, a bloodstained body has been dragged from the canal. Speculation thickens. Mysteriously, no one is ready to go to the police . . .

When Barbs goes missing her neighbours are in a quandary. Nobody was all that fond of her but Scarlet (who really only cares about her daughter Camille and her best friend, Constance) feels she should do something, while Constance is reluctand to involve the police for reasons of own.

Speculation among the comfortably neurotic residents of a suburban London community over the disappearance of a neighbor creates a seamlessly chatty narrative in British writer Ellis's 10th novel (her The 27th Kingdom was shortlisted for the Booker Prize). First published in the U.K. in 1992, the bookÄtitled after a phrase in William Blake's poem "Jerusalem"Ärecords in pitch-perfect dialogue the fretting of middle-aged Scarlet, a tense housewife with low self-esteem who lives with her smug advertising executive husband, Brian, and Camille, her truant teenaged daughter from an earlier marriage. Unchallenged by the indifferent public school she attends, Camille is conflicted about relinquishing her childhood and embracing an adult world she views as phony and mendacious. Next door lives Scarlet's best friend, single working woman Constance, who espouses the liberal view of global do-gooding yet can't bring herself to care about their missing neighbor, an American named Barbs, who might just be the unidentified body recently pulled from the local canal. The friends dance around some serious questions: Was "women's libber" Barbs sleeping with Constance's Turkish boyfriend, Memet? Did she get what she deserved? Meanwhile, they reveal deep-seated fears about themselves, their relationships with men and their own mortality. In turn, they reflect a larger society's anxieties about class, the intrusion of foreigners and the clash of traditional values with new market forces. One is grateful throughout this quick-going, entertaining comedy of manners for Ellis's urbane humor and her ability to see quintessential human situations in mundane daily existence. (Apr.) (c) Copyright PWxyz, LLC. All rights reserved

In a small middle-class community in London, Scarlet, a bored housewife who thinks she's going mad, sets off suspicions about a neighbor who hasn't been seen for a while. Has American-born Barbs disappeared under suspicious circumstances? Brian, Scarlet's self-absorbed advertising-executive husband, is dismissive, as usual. But her idle neighbor, Constance, a woman with a gypsy heritage and criminal relatives, helps feed the suspicions. Camille, Scarlet's petulant teenage daughter, and her friends join in with the adults in bored speculation about Barbs' whereabouts. The speculation distracts them from ordinary life: marital discord, sexual infidelity, teenage rebellion, conflicts between mother and daughter. But none of them takes any official action, even when a blood-stained body is removed from the canal. Their casual fanning of the mystery, including theories about who might have harmed Barbs and why, provides an opportunity to dissect the personality of the missing woman, her social consciousness, and her relationship with others. In so doing, they reflect, momentarily, on their own personality flaws. --Vanessa Bush

The latest from Britisher Ellis may not have quite the depth (though it's close) of The 27th Kingdom (1999), but it's got all the same bite, wit, and deft, intellectual allure. In a London neighborhood where (again) the well-off and derelict reside cheek by jowl, lives a family of three, consisting of Brian (third marriage); wife Scarlet (second marriage, and so depressed that, alone in the house, 'she found that she wished she was dead'); and teenaged Camille, daughter of Scarlet, hater of stepfather Brian (he's insensitive, he works in advertising), sneaker of margaritas, skipper of school. Of equal importance is next-door neighbor Constance, born and raised in the old neighborhood, quick-witted and self-educated, one who 'still dealt in stolen goods when she got the chance' and whose numerous brothers (there had been ten siblings all together), although now grown and away from home, continue to lurk with genuine menace at the edges of the criminal life. Could these scary brothers, in fact, have something to do with the disappearance of neighbor Barbs'the privately disliked but publically praised feminist, social activist, and sleeper with the husbands and boyfriends of others'whose house has been empty for days and who didn't even feed Constance's cats as she'd agreed to when Constance was recently away? Barbs (as Camille discovers) has even left behind her cosmetics bag, an ominous sign in light of the area's high crime rate'or in light of the unidentified female body dragged a few days earlier from the canal. As always, Ellis hints at enormities through glances at the smallest weaknesses and mundanities of her characters' lives; and here again, as the despairing Scarlet has a dinner party, as Connie wonders whether to go to the police, and as Camille teeters on the edge of the future, life itself does little more than'hedge its bet. Smart, intelligent, near-perfect fiction: always amusing, deeper than it looks.
More book reviews at iDreamBooks.com