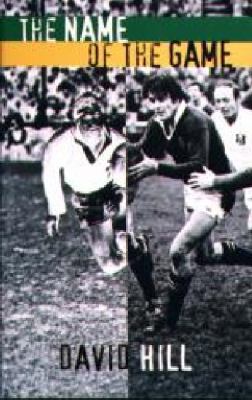 The name of the game / David Hill.

New Zealand is being torn apart by a rugby tour, the 1981 South African one; Alan Randall and his mates are sure the tour should go ahead, while Donna Ostler and her friends think not, and organise marches and protests, even invade the rugby grounds. A novel set in one of the crucial times of recent New Zealand history.

New Zealand is being torn apart by a rugby tour. It is 1981 and the South Africans are coming to play the All Blacks. Should they come? Alan Randall and his mates think so. Donna Ostler and her weird friends think not. Before long New Zealand, including Alan and his friends, is almost at war itself. Suggested level: secondary.