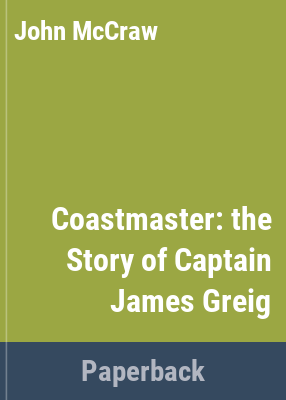 Coastmaster : the story of Captain James B. Greig / John McCraw.

James Brown Grieg was a major figure in the maritime history of Southern New Zealand. A Scottish sea captain, he married a Prussian aristocrat, and came to New Zealand in 1862. While Harbourmaster at Invercargill during its boom period as a port, he took the tug Southland, a small paddle steamer, to the AUckland ISlands to search for castaways. After a period as a ship owner Greig was appointed, in 1873, Resident Magistrate and Customs Officer on Stewart Island but he combined these offices with so many other government appointments, that he became known as the 'King of the Island.' In 1882 Grieg was given command of hte Government schooner Kekeno to patrol the ocean south of New Zealand for seal poachers. He retired in 1886 and died in 1896.