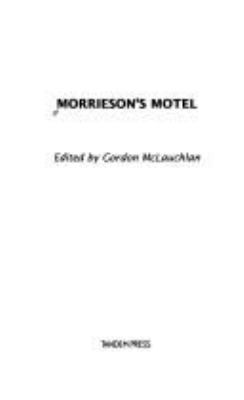 Clarry and Lucy Claridge own a motel in a small town in Taranaki. Nothing much ever happens in town, but on the weekend of 26-29 March 1999, their motel is fully booked. Twelve writers combine to write a chapter each of the story of what happened at Morrieson's Motel on this eventful weekend.

Published in association with The New Zealand Society of Authors.

"Twelve of New Zealand's best-known fiction writers combine to tell the story of what happened on an eventful weekend in March 1999 when Morrieson's Motel, a humble twelve-unit establishment in a small South Taranaki town, is fully occupied. The wild assemblage of guests create three days of drama, romance, sex and mystery."--Back cover.