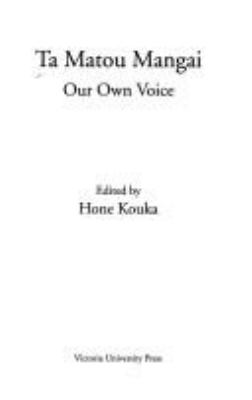 Ta matou mangai = Our own voice / edited by Hone Kouka.

In the 1990s, Maori theatre has been the site of the liveliest activity and greatest innovation in New Zealand theatre. Young Maori writers have not abandoned the political themes of the 1980s, but have dealth with them with increasing subtlety and complexity, and in a wide variety of dramatic forms. The book collects three of the strongest plays in English.

In English with some Maori.

In English with some Māori.