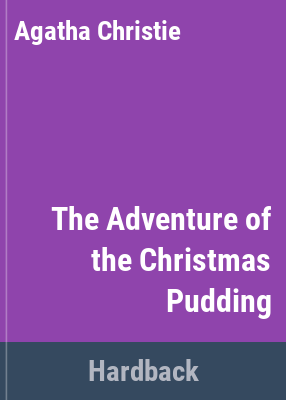 The adventure of the Christmas pudding / Agatha Christie.

In this delightful tale, an Eastern Prince arrives in England with some family jewels for his fiance. However, the Prince also has a mistress; she asks to wear one particularly enchanting piece, and then promptly disapppears with it. Poirot discovers a connection with a house party at the home of Colonel and Mrs. Lacey, and in order to pursue his investigation an invitation is procured for him to the Laceys, ostensibly to enjoy an old-fashioned Christmas.

The adventure of the Christmas pudding -- The mystery of the Spanish chest -- The under dog -- Four-and-twenty blackbirds -- The dream --Greenshaw's folly.